Dog Day
An unrepentant criminal tries to dodge his former associates after a weapons deal goes wrong. My entry for EndMaster's Edgelord Contest 2. I literally only wrote this to avoid SHAME so don't expect anything too great.
Dusty Fist

Life In The Fast Lane
A getaway driver goes on a quest for revenge. Author's Notes: This story has been sitting on the backburner for a few years now and I decided to finally run through it and finish it, as only one path remained incomplete. Most of the game was written a few years ago, so you might notice the style of writing is much different from what I usually put out. This was originally a small anthology of sorts with the intent that there would be three stories, each written by another user on the site. I decided to drop that approach and instead present one single story.
Silent Night

When The Music's Over
I hear a very gentle sound... Once you were the bravest hero in the land. Then, the greatest noble. Now, a washed up drunkard past his prime. But when the king asks for you to turn the tide of a war, will you accept, or cast his offer aside to walk your own path? Author's Notes: I originally intended for every single choice to branch out into a unique path, but to get this out I had to cut some of my plans short. There is minor rebranching here and there along with a few duplicate pages that have minor changes depending on how you reached those pages. On top of that, the path for accepting the king's offer is much more bare bones than I wanted it to be and is only about a third of the rest of the game's size (10k to the rest of the game's 30k). Someday, I hope to return to this story and make it the epic it deserves to be. For now, however, the game is finished. The SCORE variable doesn't indicate how good you did. It's just a way to keep track of what ending the reader got. If you play the game, please give a comment. I'd love to hear your thoughts. Special Thanks: Tim36D - For being my long-suffering best friend and listening to me ramble on about this story. Thanks man. Mizal - For constantly busting my ass to get this storygame done. Boom, now it is. Shadowdrake27 - For proofreading the story. Without him, there would be many typos and grammar errors. The CYS Discord - For being there to let me ramble on about my story on the occasions that Tim wasn't. The entire CYS community - For putting up with me for 5 years now. Stay classy, you omnidirectional vitriol spewers. 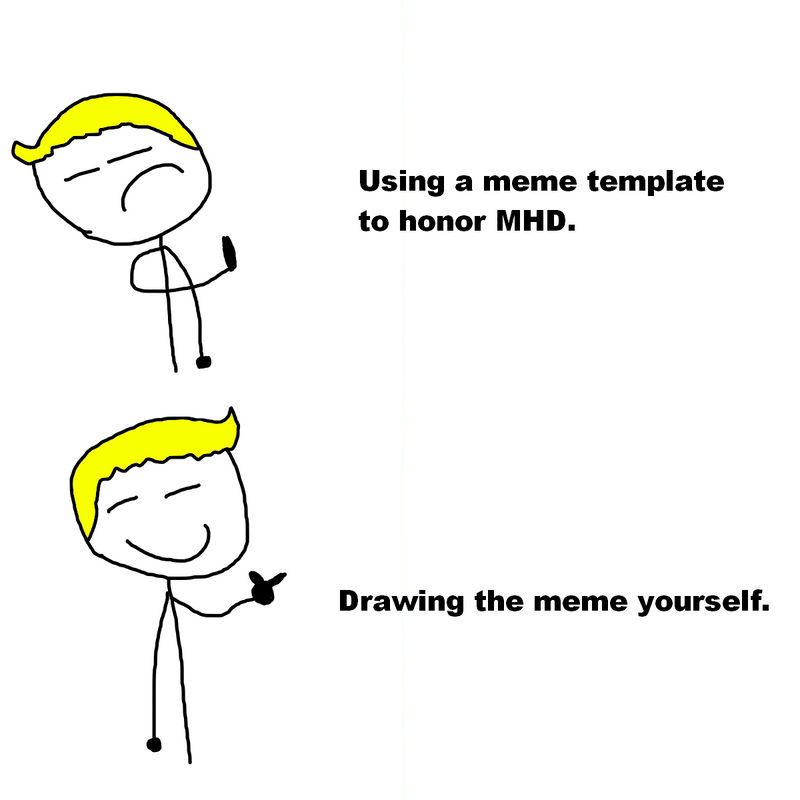 However, it didn't seem like enough effort for a gift to celebrate MHD's amazing art. My art skills are still atrocious but I can do better than that. So I did. 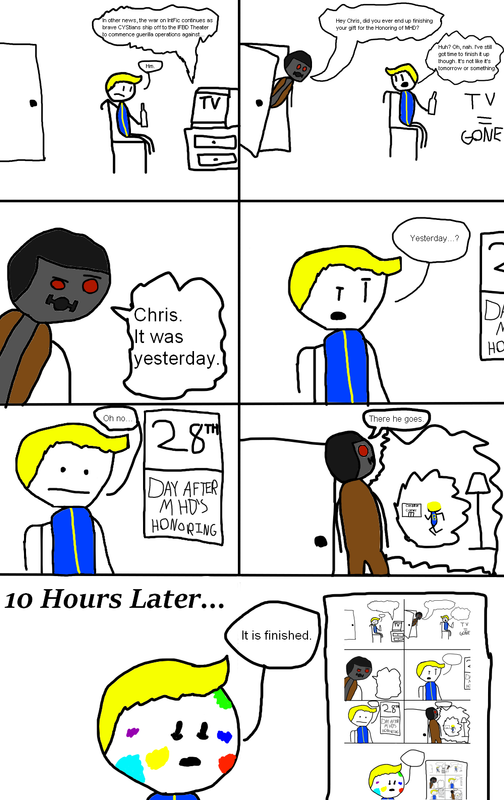 I didn't know how to end it so I just decided to make it one of those infinite loop things and call it a day. Thank you MHD for the amazing art. Killa, please get off your ass and update the site with the assets she made. Thank you all for your time.
Risk My Attention (New World Order) on 2/26/2021 2:19:17 AM
Do it, coward.
Story idea on 2/25/2021 6:34:04 PM
Color me intrigued. Looking forward to more.
Risk My Attention (New World Order) on 2/25/2021 4:56:18 PM
Time to breathe much needed life into this dead thread. Requesting two comments on my story When The Music's Over be featured in place of AustinC's and Reader82's: This story is rather masterfully crafted. I certainly enjoy how it feels as if you aren't truly shackled to one or two paths. It truly feels like an adventure, in the sense that you're given many choices to make that changes the story drastically, and not arbitrarily by any means. What that leaves, in my opinion, is a story-game that should be experienced multiple times to really enjoy it. However, with how immersive the writing was in pulling me into the hero's footsteps, I would say all of the extra times I've played were just out of personal enjoyment. I couldn’t help but see what I could do, outside of wallowing in my castle, or taking on a band of marauders, or even a dragon. Honestly, this is just a great story, Chris. Bravo. :) -- TharaApples on 2/19/2021 3:24:00 AM with a score of 7 This is a good story. Full stop. It follows Kit, a washed up swordsman who’s sick of life and sick of people fawning over him. In and of itself, this isn’t a super original idea for a main character, but it works regardless. You can feel Kit’s apathy oozing from the story, and this makes him really compelling. Too often I’ve read stories-hell I’ve written them even-where the character is just a ball of sunshine and no one can put them down. Not here. Kit’s just tired, washed up, and sick of everything. Sort of like me sometimes, if I’m honest. This works wonders for the story, which while still good, would fall flat on many fronts without Kit as he is. That being said, the story is very mediocre in general. It had interesting ideas and I felt it resolved well in most of the endings, but still left me wanting more. Some more flesh on the bone in the route where you accept the call would’ve helped with this, as I felt it was the weakest of the paths. This brings to my next point: That every other character besides Kit was sort of just…there? They don’t see enough action in my eyes and aren’t fleshed out enough to really make me invested in them as characters. However, this is really only a minor complaint, as I enjoyed what I saw of the other characters regardless. The writing was, in general, good, if maybe a little unpolished. A bit more flourish would’ve really sealed this for me, as it could sometimes feel a little robotic in its tone. But that’s just me, who prefers a little more spice in my writing. It’s clean, concise, and gets the job done. There’s not really too much more I can ask for in that front. It’s a good story y’all, one that I thoroughly enjoyed from start to finish. While it has some flaws baked in, I can’t dock too much from it in that regard. I appreciate it for what it’s worth and don’t regret my time reading. -- wheelbarrow on 12/26/2020 2:10:47 PM with a score of 36
Oregon Trail just like you remember it on 2/20/2021 10:51:35 AM
Reading a Sentinel post is like snorting fifty-eight lines of pure, undistilled cocaine and then jamming adrenaline right into your heart and trying to read War And Peace but you swap out every character's name for a CYS user in your brain and replace all the old timey words you don't understand with references to obscure 20th century properties.
How to write good on 2/20/2021 10:29:46 AM
There's a difference between a short story that tells a complete story with branching paths and "you wake up. what do you do?" and you have three options, all of which end the game. E: Damn Wizzy said literally the exact same thing, I really gotta read a few posts up before I post
For when CoG isn't faggy enough! on 2/17/2021 8:20:20 PM
Unlike COG, we practice prejudiced equality: everyone gets shit. That makes everyone feel included because everyone gets called a gay retard at least once.
Some confused illiterate faggot on 2/17/2021 8:15:33 PM 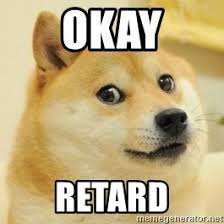