"I survived because the fire inside burned brighter than the fire around me. I fell down into that dark chasm, but the flame burned on and on."

A man and his flag. Fallout Fanfic

I could, but there are bills to pay and I gotta put food on the table and keep that damn corn pop in check!

The vast desolation of the Sonoran desert lay in sprawling plains surrounding the lone rider, who continued his steady trudge across hardened dirt, cooked under the endless gaze of the sun. The decrepit brown mule hardly paid much mind to the heat as it brushed away stray flies with occasional flicks of its tail, its weathered hooves kicking up small clouds of dust with each step it took. The man squatting on its saddle squinted out towards the landscape before him, and managed to make out the outline of a small town rising above the rest of the desert. Letting out a short exhale of relief at the sight of civilization, the rider shifted around his perch as he massaged his aching back through the rough linen of his dirty-brown cowboy duster. The mount picked up its pace as its rider gave its sides a squeeze with short legs draped with leather trousers, worn and torn from the general hostility of the untamed West.

The only monument to grace their entrance into the small town were the half-decayed remains of what seemed to have been a donkey. Flies buzzed greedily over the bits of flesh still stubbornly clinging to bone, and the rider wrinkled his nose at the smell. The mule showed little concern for the condition of his unfortunate equine ancestor, only increasing the pace of its tail strokes and deftly keeping away the black clouds of pests. They quickly left the body behind and trotted past the wooden fence that marked the boundary of the town, heading straight for the town watering hole. After halting its mount in front of the saloon, a creaky two-floored shack that looked as if it might collapse within itself, the man slid off onto the ground, letting out a grunt as his boots found purchase. Making sure his six shooter was still tucked firmly in his holster, the former rider -now turned walker- strode through the swinging doors of the saloon.

The man was greeted with somber silence and the smell of vomit, the source of which was a drunk snoring away in a pool of his own fluids near the doorway. The only other occupants of the dimly-lit building was a gaunt thin man standing behind the bar before him -presumably the owner of the establishment- along with a stout cowboy adorned in a poncho sitting on one of the stools in front of a tap, taking occasional quaffs from the dirty mug he held in his hand. The only sounds were the creaking of the old boards under his feet as the man walked, his boots clicking with every step. Ignoring the other customer, the man took a seat in the stool in front of the bartender, who stared expectantly.

“Whiskey.” grunted the man, as he reached into a woolen pouch and produced a palmful of nickels, slapping them on the wood of the bar and sliding them to the waiting hands of the bartender. After giving them a brief looking over, the man slid the coins into a pocket and reached under the bar, producing a round bottle of amber-colored liquor and a grimy shot glass.

“Cleaning’ll cost you a couple more nickels.” replied the bartender, producing a hideous rag that looked almost as dirty as the glass itself.

“Go to Hell, then,” growled the man, pouring himself a drink and slamming it down in a single motion, wincing as the alcohol wet his throat and spread the warmth of a roaring hearth all the way down to his little toes- or at least, the one he still had. “Will it cost me more from my purse to ask where I am?”

“Place used to be called Smithson, but it ain’t much of a town no more. I’d wager there’s hardly more than half a dozen squatters still left in this heap, excepting myself and that worthless sonofabitch snoring in his own matter over yonder.”

“And where did everyone else go?”

“Why, they’re safe and sound in the embrace of the Lord. Apaches came through a couple times, and whoever got lucky enough to dodge an arrow to the gut got caught by the outlaw gangs that came through here. I had to hide in the damn root cellar for near four days, and living off moldy beets for that long wrecks Hell on a man’s digestion. Most everyone left for more settled places after the gangs left. Back up north most like, to places like Tucson and Phoenix.”

The man poured himself another glass and downed it before proceeding with his inquiry, his head starting to spin ever so slightly as he quenched the remnants of his thirst.

“Why is it you’re still here, then? You fancy digging Apache arrowheads out of your belly?”

“Naw, I’ve been packing my wagon for a couple days now, selling alcohol to anyone fool enough to still come through this route. You’ll probably be my last in this shop, provided Worthless over there doesn’t get piss drunk again.”

The man reached once again into his pouch, taking out a roll of brown paper and unraveling it to show the bartender the poster on the front. A crude color drawing of a heavyset man with a tangled mess of brittle red hair was the prominent feature, decorated by a long scar running across the bridge of his nose, ending just above the right corner of his lips. Several words in large black font outlined the poster’s bottom frame, declaring: NAME: RED MATTHEW. WANTED FOR MURDER OF LAW ENFORCEMENT: DEAD OR ALIVE. REWARD: 800 US DOLLARS. “This man come around here?”

The bartender picked at a spot on his chin with bony fingers as he examined the poster. “Well heck, I seen him not even a day ago. Came by and had a few shots of tequila, that bastard took it upon himself to insult the quality of this here liquor. Didn’t say where he was going, but saw him heading out the southern way. Damn fool thing to do, this here’s the last piece of civilization for miles. There ain’t a man alive who can cross the Sonora on foot alone.”

The man polished off one last shot of whiskey before getting to his feet, his joints crick cracking as he hoisted his aching body up off the stool. “Guess I know where I’m going.”

The bartender gave him a glance of disbelief. “Didn’t I just say that it’s a damn fool thing to do? If the Apaches don’t get you, the heat will.”

“Well, I suppose I’d rather go with an arrowhead stuck in my eye than with a parched throat.” The man scratched at the day-old stubble making its way back across his tanned complexion. “Where’s the well in town?”

“Around to the back of the saloon. You damn fool.”

The man simply gave a nod and sauntered out of the saloon, swinging around to the back of the building.

no you dumb bastard, you literally can't do anything without a diploma

Yes, all witches should out themselves on this thread. 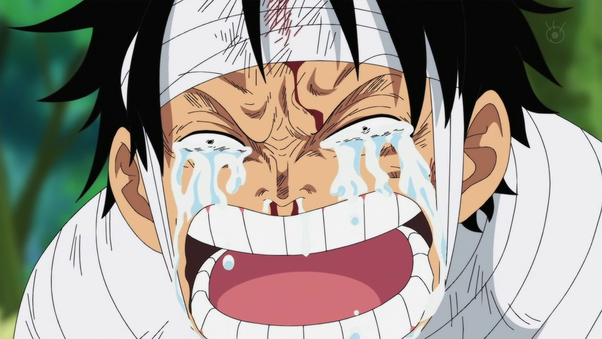 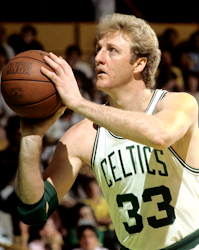 Glad you're back, hopefully you continue to get better.

No need to thank me everyone, making the site a better place is just my natural instinct.

Get out of hell within the next month or so

It looks like he has no nose and a really small face and mouth.