I'm SwedishLemon's brother so that's why we're on the same IP. There's a misconception that Lemon and I are the same person and it greatly annoys me. You can view my annoyed face on this very page, in fact. 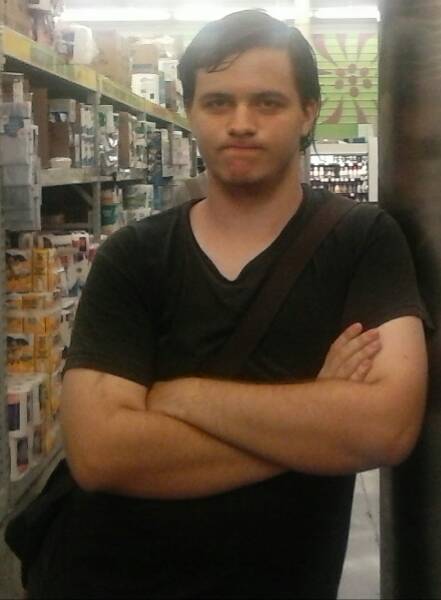 I like bad puns and horror, but nothing scares me anymore so please scare me and I will love you forever.

The year is 2486; 200 years ago, a virulent bioweapon left the ecosystem on the precipice of collapse. As scientists attempt to restore millions of years of evolutionary progress, humans must derive all their resources from bacteria - eating has been reduced to consuming synthesized proteins and carbohydrates, and oxygen is produced entirely by cyanobacteria. Elsewhere, on Xenox - a planet where unique and mysterious conditions produce cheese in the planet's crust - poor conditions and abuse from a corrupt security organization leave miners on the verge of rebellion. Meanwhile, a mysterious disease known only as Cheesothelioma ravages the population.

Please don't ask me to do this
unpublished

Sometimes the right thing to do isn't obvious, and it feels wrong. Without a guideline to lead us in the right direction, sometimes we have trouble choosing.

Apparently, yeah, basically inferior brands going for higher prices than superior stuff. Happens all the time, from what I've heard.

I don't think Trump is as bad as his opponents claim, but he's not as good as his supporters claim. That being said, I don't think either of the candidates are the right choice for the U.S. and I can't, in good conscience, vote at all in this election (well, that and I forgot to register in time.)

I had always assumed that his brushing advice was in general for everyone and only realized that it probably only applied to me when you just now mentioned it. It's not like he gave me a medicated toothpaste.

And yeah, don't worry. I make it a rule not to brush my teeth within 30 minutes after I've eaten anything acidic or otherwise makes my teeth feel weird.

My problem is that there's corn syrup in everything, even things where it doesn't belong, like ranch dressing.

You skip breakfast?! How dare you! Don't you know that [insert food & health blog here] says that breakfast is the most important meal of the day and the key to getting your chakras in balance and burns all of your fat away and turns you into the guy from Limitless and keeps you eternally young?!

Also, heyyyy a fellow person who's been on coffee since childhood!

My dentist told my to brush five times a day a few years ago. He also told me to brush in circles across my teeth so as not to make grooves in them.

I think he told me to brush that much because of my awful breath. If I miss brushing then my mouth smells like a harbour. Believe it or not though, we wouldn't really need to brush our teeth (much) if there were less sugar in our foods, because bad breath and tooth decay is caused by bacteria producing corrosive chemicals as a waste product after consuming traces of sugar left in our mouth. People's breath wouldn't smell like mint, of course, and their teeth would still be that off-white-to-banana-cream-yellow color, but they'd still be relatively healthy teeth.

You're supposed to brush five times per day, once when you wake up, once after each meal (for a total of three), and once before you go to bed.

I'd say it is. It's cellular damage that's impaired you in a noticeable way.

I've burnt my hands on hot pots and pans in the kitchen so much that I can't really tell how hot something is with my hands - for example: I hand my brother some food that can be held in the hands (burrito, fishstick, cookie, whatever), he screams and drops it and says "WHAT THE HELL WAS THAT FOR?! YOU BURNT MY HAND!" to which I respond "Huh? It wasn't that hot."

I once listened to the same Orla Gartland song on repeat for three hours.

it was an accident but I wasn't bothered by it.

Thanks! It worked perfectly.