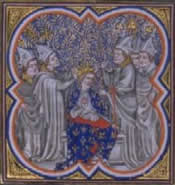 The Choose-Your-Own-Adventure game that we all know and love has had a relatively short history dating back to the eighth century. It all began in the Carolingian Empire with a fellow by the name of Tydestro the Storyteller. Tydestro was a loyal member of Charlemagne's troops and led a rather typical life battling the Saxons and taking over Europe. In his free time, Tydestro would write stories about the long wars and describe various possible endings. He amassed an impressive collection of thirteen books with over four hundred different outcomes!

In 778, Charlemagne was passing through the Pyrenees Mountains to conquer Spain, and decided to rest at the camp that Tydestro was currently staying. An intended two hour rest soon turned into long, three-day stay as Tydestro amused Charlemagne with his ever-changing tales of empire victories. Charlemagne fell in love with the Choose-Your-Own-Adventure stories and hired Tydestro as his personal storywriter and entertainer.

From then on, Choose-Your-Own-Adventure stories and games became very popular throughout Charlemagne's empire. However, only royalty and noblemen enjoyed these tales. There is no evidence that these stories were played by the lower class, and many provinces even barred the common people from possessing one of these works.

Choose-Your-Own-Adventure stories remained in the hands of the wealthy Europeans until 1271. It was at this time that Marco Polo introduced one of these popular tales to the Chinese, who quickly came to adore these. In China, throughout the Mongul Dynasty, Choose-Your-Own-Adventure stories took on a completely new form. Using the art of Oragami, the Chinese Folding Fortune Teller was created by drawing possible outcomes on a square piece of paper. These fortune tellers are source of much fun and debate.

Many Chinese Nationalists contend that Choose-Your-Own-Adventure games originated in China with the folding fortune tellers. This is noted to be one of the many heated issues during the Boxer Rebellion. Mao Stung noted that "it is, however, the West who write the history books." This attitude is consistent with quite a few Eastern historians.

Some historians doubt a Charlemagne or Chinese origin. Heinrich Shlieman argues that Choose-Your-Own-Adventure Games were a sport in the ancient city of Troy and originated in prehistoric times. However, the only archeological evidence found to date are a series of Ad Libs in the ruins of Troy and a cave painting of a single Tic Tac Toe board believed to end in a violent cat's game.

The Choose-Your-Own-Adventure story telling and gaming remained relatively quiet from the 14th to 18th century. While there was a small boom tied to the Renaissance movement in the 1620's, little to no development was seen during this time. 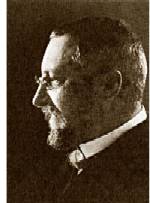 1884 is seen by many scholars as the Great Revival of the Choose-Your-Own-Adventure style. It was in this year that Alfred Binet, the Commissioner of Education in France, devised a system of learning by incorporating Choose-Your-Own-Adventure stories and games. This system was tested in three schools and it was discovered that students could learn more with less teacher involvement while having more fun than traditional learning. However, teachers vehemently opposed the idea and the system never was implemented.

Many of the students in these schools, however, went on to write their own Choose-Your-Own-Adventure tales. The concept again spread like wild fire throughout Europe and was eventually brought to America. Robert Frost was known to be a coinsurer of these tales and often made references to them in his poems. Perhaps his most famous reference is seen in his 1915 poem, The Road Not Taken: "I shall be telling this with a sigh / Somewhere ages and ages hence: / Two roads diverged in a wood, and I-- / I took the one less traveled by, / And that has made all the difference."

Unfortunately, with the great depression, two world wars, a communist scare, and the Korean and Vietnam wars many Americans minds were not focused on stories and games, and the Choose-Your-Own-Adventure concept was nearly lost once again. It wasn't until 1973 that Stanford history professor Paul Robinson, while researching medieval operas, incidentally came across the old concept again. The rediscovered Choose-Your-Own-Adventure stories quickly spread throughout the higher levels of academia.

It seemed to finally reach the popular culture in the 1980's where it exploded with a bang. By 1984, over 3000 books were written and even Choose-Your-Own-Adventure movies were produced. Unfortunately, the renewed movement was quickly crushed by concerned parents and various church leaders. These books and movies were deemed outright Satanic and many libraries and book stores refused to carry them. As one high-ranking member of the Christian Coalition put it, "stories aren't meant to have multiple endings; there's no such thing a Choose-Your-Own-Adventure Bible."