Magic: What guild are you?
unpublished 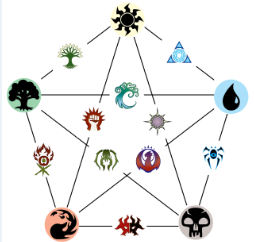 Based off of the popular trading card game "Magic: The Gathering," this is a personality quiz intended to determine which of the ten guilds best matches up to your personality.

Are you the destructive and pleasure-seeking cult of Rakdos?

The religious and vampiric Orzhov syndicate?

Heh, happens to me all the time.

Sorry. I'm so sorry. My contrition could make a priest blush. I am on my knees wailing and gnashing my teeth. I'm so fucking sorry, oh God.

I'm so fucking alone. I even left my HAWT WIFE to cybermolest kids. She's out there getting piped by various Chads. And then when they're finished ravaging her every orifice, they read Eternal and talk about how it's better than The Other World. And what do I get? Seth and I split the Kickstarter money 50/50, and I spent my share on experimental neodong surgery. This immortal Argentian called Herr CyberMengele sliced my nose off and stiched it to wear my manhood should be. It's already rotting off; at least I can't smell it.

I'm so sorry for everything.

Go for it. No one said you have to write in order.

Still say I make a good looking wolf. xD This is awesome of you, Taco. Hm. Maybe I should start offering stuff, too... granted, the game is pretty great on its own, but it might encourage more people to stop and look.

The page itself, to access your list of PMs, that's what is broken. Individual messages are not. I do not know why.

:P Parental? Really? I've acted like this around Ford all the time, ever since he decided I was his... ... something, I dunno.