Tyler Danann was born in the United Kingdom and he served in the armed forces in the 1990s and early 2000s. Having been on operations in the Balkans and traveled across the globe his experiences have afforded a rich sampling of worlds, ways and peoples.

A global traveler; his research, imagination and adventure-spirit chronicle the new worlds of Terra's Edge...

To The Mountain Hold! Part 1
unpublished

To The Mountain Hold!

You'll need to use a random dice roller program or two 6-sided dice for dice rolls in this game.

If you don't have a pair of dice to do the rolls at home don't worry as there several online programs you can use.

You start with 15 Colony Points. Take note of your Colony Points. As you escape and proceed across the wasteland you may incur losses on the way and will need to keep track of these. If you reach zero your colonists and rangers are gone and game is over. Additionally there are Time Points that elapse, you must aim to reach your safe haven in the mountains well before the start of winter! 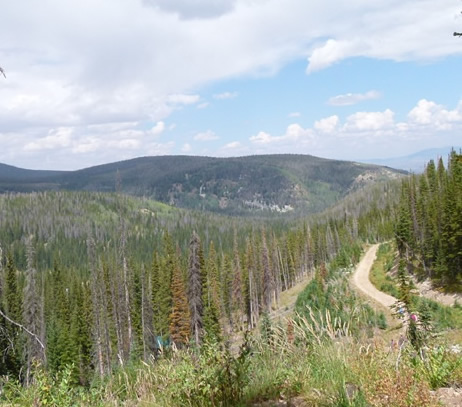 You will have to make decisions based on not only your surrounding and the challenges faced, but on your own faction’s capabilities.

Oakley's Rangers - A militia force of ex-military, survivalists and preppers. They typify the essence of the volunteer warrior more than the state-driven soldier and are your main line of defense to keep raiders and other dangers out of harms way. Within the militia force there are:

Range Warriors – As above but more geared towards general, close-quarter fighting.

Armsmen - Armed guards of the internal group that are prepared and willing enough to survive the coming trials and hardships. These are the last line of defence against any attackers upon the vulnerable families and followers.

The Colonists - The most vulnerable followers, families, tradesmen, growers and artisan-types that are vital for the long-term survival.

To even have a chance of survival in the medium to long term requires those that can build, settle and work the land so that it produces everything the Mountain Hold needs. While there’s stored food and equipment it won’t be long before they are used up. Without growing food and harvesting resources life will be harsh in the long-term. That’s where your colonists come in and must be guarded at all costs. Only use them unless you are sure of what you are doing. 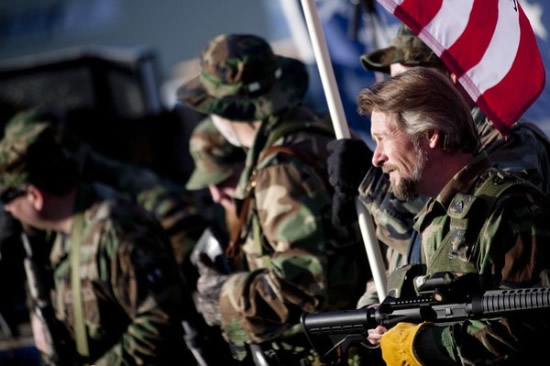 The dawn heralds the collapse of world infrastructures, cities become arenas of mayhem while governments across the globe fall apart. Out of the maelstrom of chaos diverse factions are forged and an intrepid new spirit begins to arise.
A small group of survivors desperately flee the collapse but are caught exposed on the highway.
Fleeing to a nearby settlement nearby it soon becomes clear their troubles have only just begun...

Is it possible to make pictures appear in the comment box via url links?

These are just a few of the other forums I posted it on, not just one nationalist forum that seems to agitate some of you delicate darlings. Survivalist forums, gun forums, game forums, prepper forums, zombie forums:

I guess that must mean I'm a zombie, spree-killer, gamer-mad supremacist just because I post about my stuff there?

To those saying I'm 'racist' or supremacist or whatever the liberals etc claim I am, you can just kiss my ass folks. I tell it like it is, no doubt about it and I don't sugar coat my words nor will back down.  That's part of the reason I came onto this place, because if there's an adventure to be told it's by us not by what a publisher or big company tells it's writers to come up with.

Here's a link to the actual word 'racist' and you'll be surprised who thought it up...

If I've crossed the line, please start a complaint and we'll take it up with the moderators. As of yet none has a problem with me as I don't start stirring trouble unlike a certain poster who takes many things out of context.

Education session over, now lets get back to writing our stories and enjoying our adventures. :)

Thank you. For the links, keep them coming folks. :)

Oh I see 'fuckface'? So it's insults is it? Looks like someone with an avatar of Putin is being very hypocritical given he's a pretty 'nationalist' kinda guy.

Yep, that's not against the rules is it?

The entire book isn't posted on a forum.

That was in another book entirely and if your country had been invaded would you want everyone to just roll over? The scene where a guy shoots refugees comes from that fact that his sister has been gang-raped by them. So you obviously either chose to forget or ignore that to make me look bad.

I am proud of my European culture and people, just like an Asian is, just like an African is. If that is racist. Then you might as well lobby for me to be removed from this forum. I post about my work on ALL types of forums so back off with the 'racist' BS. We get enough of that from the media idiots on TV.

It's my first ever online adventure game. It's pretty bare-bones with no pictures, just text. I'll be adding bits to it though. The links all work and it reads pretty good.  It's about escaping a prison-town successfully to try and flee away into the Mountains where your base is.

To get you in the mood here's a little video I made earlier. :)

Thanks IS and others.

It's not my premium-grade work, some slight typos are present, need to add pictures. But it reads well. Semi-complex actions, requiring dice-rolls (links for a dice-roller provided. Risk-reward dynamic, plus user-interaction.

As it's part one it's just a test-bed as well so isn't as long as I hoped. Yet the following two parts will cover the middle and end of the adventure to the Mountain Hold itself!