I think it's bullshit that you got banned Meira for having a second account you weren't using for nefarious purposes. Whereas Sammy said: 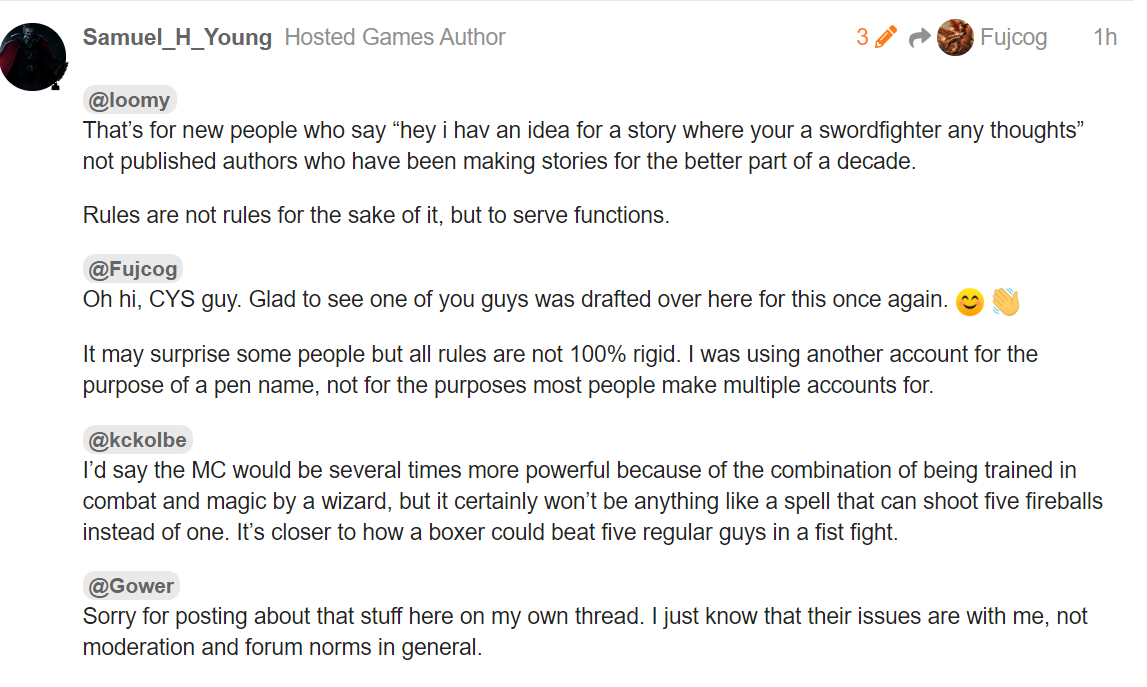 "I wasn't using my alt account to get around the rules or do anything bad. I was just using it as a pen name." 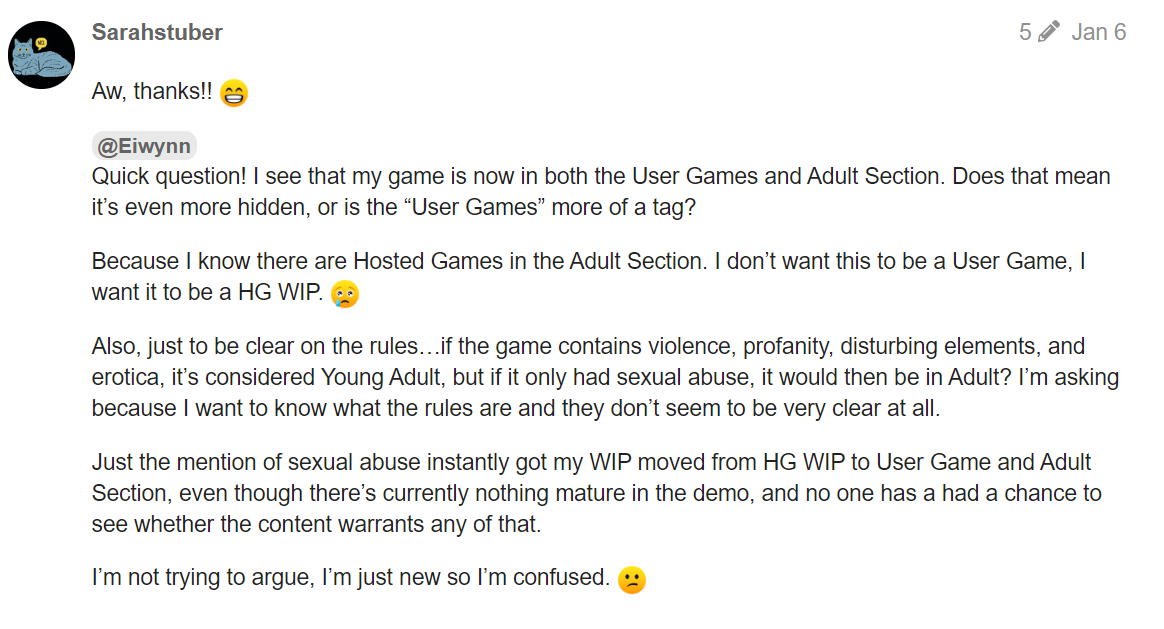 Also he gave this place a shout out, guess everyone who hates him must originate from here.

Alright well I guess I'll throw my two cents in. I don't have an account on COG, always been a lurker, literally made an account on here because to me it's the only community that has any common sense when it comes to Sammy being a bitch and COG being hypocritical about him.

Gower: IDK about this latest WIP thread but I know for a fact that people flagged and complained about Sammy's past threads The Twisted Village and Skeleton's Can't Press Charges for not having a demo and just creating an empty thread. None of those threads ever give any substance to discuss, it's just "I'm working on this new thing called X, give me attention" and there's nothing to get people talking because he hasn't done any work on it yet, and he makes a ton of those threads and we never heard of those WIPs again. Even if you say there's no hard fast rule for it, it seems pretty clear when every new person who breaks the rule gets moved to interest check and one guy who breaks the rule continually is allowed to do so.

It all adds up to a pattern for COG making allowances for this guy, and I dont get it. COG makes this big deal about having SJW liberal values and creating safe spaces but they're so hypocritical it's sad. A guy openly pretends to be a female to try to get rape in his game and not get criticized for it, is combative as shit, starts drama constantly, cries about getting moved to adult, announces he's 'leaving' and constantly comes crawling back, makes some comments about the COG editor giving another author a rimjob, and literally nothing happens to him? I agree with mizal that he shouldn't be pandered to and I just don't get why he is always babied when some foreign kid who didn't read the rules gets banned on sight for bumping dead threads. Not trying to attack you personally but it seems a lot of people see all this going on and don't get it.