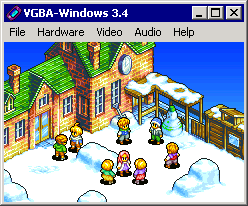 I'm trying to write more often, so I really appreciate any and all feedback. Also I do art stuff on my twitter, which is a great place to get brain damage.

>>I am reskinning the entirety of Elona+ for some ungodly reason. It just seems like the right thing to do! It is titled the NUTTY NEET edit.

Nen! It's the energy of life! You've trained for years and finally it's time for your super awesome Water Divination Hatsu test! Find out your Hatsu and make Sensei proud, kiddo. For those of you who don't know, Hatsu and Nen and all that are from this great thing called Hunter X Hunter. You don't have to know HXH stuff to play, but just say'n. Also, this is my first story game (not counting that middle finger to WC a while back) and I wanted to make a cool personality test. You may have multiple paths, so feel free to do whatever. I think martial arts look cool. Have fun!

I havent had time to check out a majority of the bundle, but I'm gonna suggest Jimmy and the Pulsating Mass. My sister has been giving me the play-by-play. It's one of those Earthbound inspired games, apparently the writing is really great.

I already mentioned Days Long Gone on te server. The gameplay is quite nice.

Juuuust guessing, but i think Crystal Story is there as well? If it is, HUGE suggestion. Mother 3, Link's Awakening and flamey flames all in one. Please check it out. Unless it's not in the bundle, hehe.

Looks purrrfect for you! ^^ But now you get jailtime for crimes unspeakable in nature.

Bats are my favorite! They're not as tiny or fluffy, but they look like lil' foxes.

I know exactly what you're talking about. Very cringe. Not at all poggers. Anti-gamer, I'm afraid. Unforgivable.

I'm a sucker for gatcha games but I suppose those aren't quite it....It makes me think about how 12 year olds are on deviantart and learning things they really shouldn't. Yaoi XD! *nosebleeds*

The GBA is possibly my favorite console of all time (nostalgia is a big player, hehe). I've played....Probably 90% of the stuff on there, I don't want to so much as think about the hours wasted away on it. Gunstar Superheroes, Pocky & Rocky with Becky, ChuChu Rocket, Astro Boy Omega Factor....All really fun pick-up-n-play sorts of things. Bless da GBA.

Hehe, games! I'm really not a fan of RTS myself, but I have some friends who've got the brain for it. I'm not square enough.

I will add as well!...Although the games I'll be talking about will require either fantastic cartidge hunting skills and a fat wallet or an emulator. I've been emulating tons of games on our hacked ps3, so my quarentine has been pretty great! Learn how to emulate, and you're pretty much set.

An incredibly charming PS2 music game that's even better to play with friends. You run around the screen, bopping rings to the beat. There's actually quite the level of strategy involved. It is frustrating but also addictive like crack cocaine. The soundtrack is unique, the art style is funky and everything about it gives me joy... Like crack cocaine.

Probably not most of you fella's cup o' tea, but it sure as degenerate hell is mine. A poppy old-fashioned painfully anime arcade game that I've been playing obsessively for the last two days, It's kinda like bust-a-move, except you have to smash yen coins together into bigger and bigger quantities until they disappear. Kinda unforgiving, but I feel smarter now. Or maybe my brain wrinkles have gone smooth. I dunno, the music just really slaps.

Mr.Driller G, PS1 (but on many other platforms, soon also the Switch!)

My life now belongs to the drill. I'm pretty biased on this one, just cos' the art and music are so far up my alley. A cute arcade game about DigDug's son and friends doing all sorts of fun drill block sorts of things. The amount of love put into this thing really shows with the incredible polish and number of features it has. It even has a music player, which I highly suggest you check out.

Okay! Those games aren't very accessible, so here's a bunch of free RPG maker games for you to bust your PC with. If you ever want a quick, interesting (and sometimes very anime grimdark) way to spend your time without going broke, this'll do ya.

I was tempted to talk about romhacks as well, but I decided that was maybe a layer too deep of nerdism.

Oh, you could also play Elona+ and edit all the sprites in mspaint like me. But that's a whole 'notha level of brain damage.

All of these make me smile so much! Your art makes this place so much cozier~

This brings to light how much of a mom Mizal is on this place, huh. Gower still looks like Atticus Finch in my mind. Long live Turtle End.

Oh, my word counter say 1854. That and the pics make it quite long.