If you want to know more about me, send me a PM. Anyway, I'm fairly nice but my writing abilities are sorta competent now. Still, that's not stopping me from improving!

Please rate my storygames, especially Azula and Zuko, Don't Hurt Me Again, Solstice, No Quarter, Darius, and The Duet. Those are my best ones. Thank you!

Have a nice day.

The barrier between impossible and possible is thin.

This is an entry for the Summer Slam contest.

You will be individually following Billy Joe, Runt, Virgil, and Slim.

Author's Notes:
Each character has their own storyline that is intertwined with the others' own storylines, so your choices will effect the paths of multiple characters simultaneously in little and big ways. A choice can have a large effect even if it does not appear to do so at first, so choose carefully. Sometimes, a character's storyline is blocked (by dying) until another character does something different. Lastly, try to be nice and try not to die, for it is very helpful to do both of those things.

Also, I am deeply grateful for Tyrannosaurusrex's beta-reading. Your imputes were very helpful. Thank you so much.

About Darius and the Desert God

Just because I write something or a character believes in a certain belief does not mean that I endorse it. In fact, there are several actions in here that are detestable to me, but I included them anyway. Then again, there's also paths that I really like from a moral standpoint.

For what shall it profit a man, if he shall gain the whole world, and lose his own soul? -- Mark 8:36

Also, thank you very much to Ikiriakos for beta testing my storygame! Your input was very helpful in clearing up some rather odd things plot-wise.

EDIT: I fixed some grammatical errors. Also, Darius is a prince now instead of a crown prince due to Steve's suggestion. I made a few aesthetic adjustments as well. 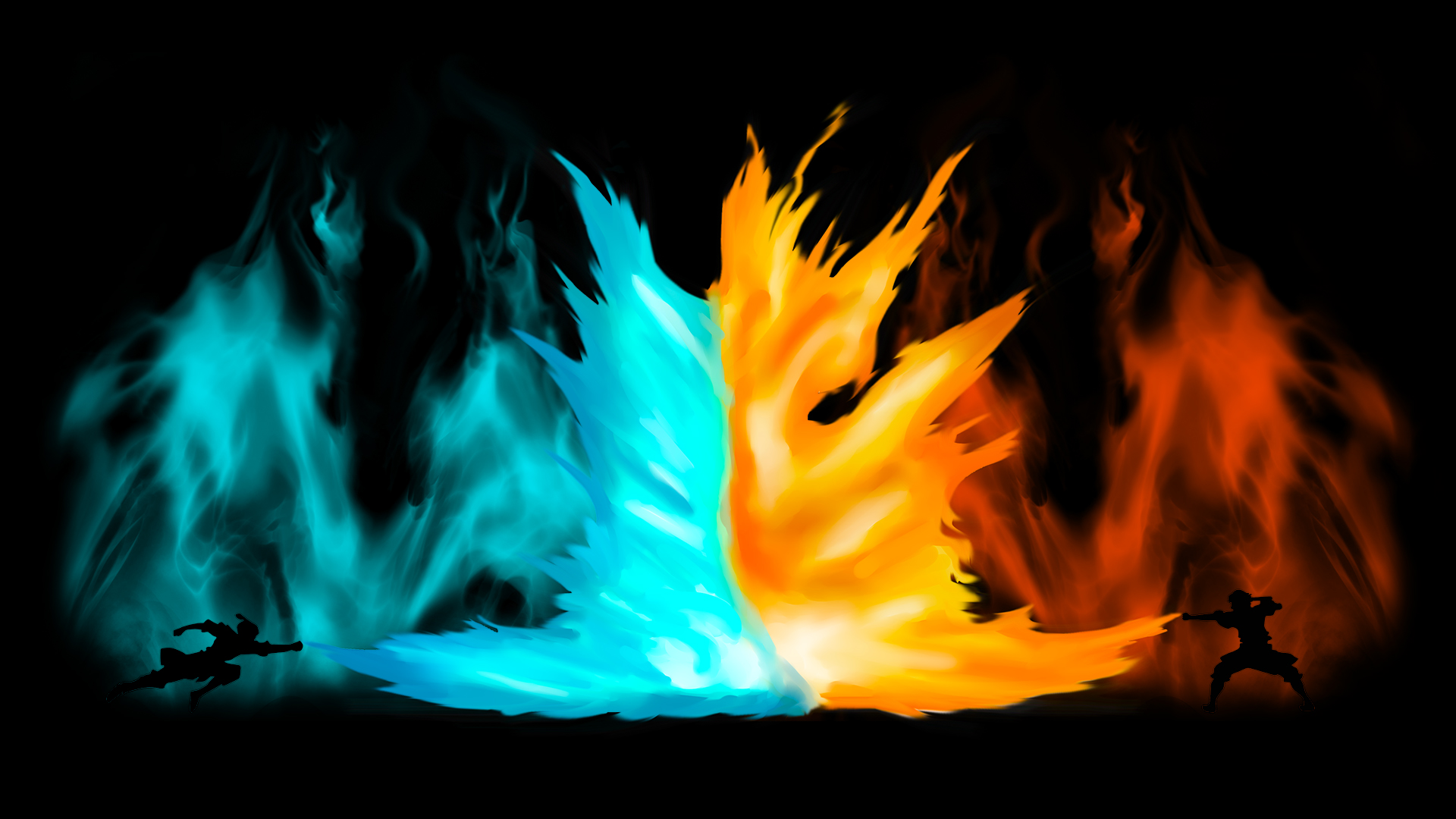 This is a contest entry for End Master's Fanfiction contest.

This is an Avatar: the Last Airbender fanfiction that focuses on Azula's life and her relationship with Zuko.
Claire of Lune

This was an entry for the Chaos Contest. Now it's just here for you to enjoy.

Don't Hurt Me Again
This is an entry for BZ's Creatures of the Night Contest. There are two different kinds of monsters. One is a monster because of what they are, like vampires or zombies. Others are monsters because of what they do. They wear human flesh, but they are not human.
Life as a Time Traveler

Steve is a time traveler, but he is not a superhero. He does not use his powers for battling evil or being evil. In fact, he does not even know what to do with his gloomy and crumbling life.  Perhaps today things will be different. Perhaps today his present and future will be saved by... quite a special person.

Author's Note: The endings depend on Steve's previous decisions. There is one special ending found half way through the game, one sad ending, two real endings that are found at the end, and the true epilogue that is the best ending. (The best ending has Stephanie in it in case you are wondering.)

Things you need to know:

The creatures called Angels are "monsters" that intended to cause the Third Impact to destroy humanity. They would unite with the original Angel in NERV's lowest level of their base in Tokyo-3. They are not heavenly angels.

Evangelion units are giant cyborgs grown from the DNA of the first Angels. They were built by the paramilitary organization NERV who combats the Angels with their pilots all of whom are (by necessity) fourteen since Second Impact occured fourteen years ago.

Rei Ayanami is the First Child: pilot for Eva unit 00. She recently diedâ€¦ sorta. Rei is not normal to say the least.

Asuka Langley is the Second Child: pilot for Eva unit 02. She lost the will to live and is now in the hospital after being suicidal and depressed.

Shinji Ikari is the Third Child: pilot for Eva unit 01 and the son of Gendo (the secretive, asshole leader of NERV). He just killed the final Angel who happened to be his new best friend. Now, he's depressed as well.

Description:
Kaworu, the final angel, died. All is set to start Instrumentality; however, Gendo realizes Rei's rebellious nature and delays both NERV and SEELE. With both sides manipulating for their own benefits, it leaves the pilots with more time. Their world, bodies, and minds are broken. Could Shinji, Asuka, and Rei heal before it is too late or will they only hurt each other more?

Now, I thank my amazing beta.

Mayana, you are the best beta reader ever. Without a doubt, this storygame would be horrible without your help. You found countless errors, made me change countless awkwardly worded sections, and had me clarify parts. In all, you read way over 100,000 words diligently. You countless hours of toil has helped this storygame improve immensely.

Maya, you went above and beyond what anyone could expect of a beta. You have my dearest thanks and gratitude.
No Quarter

This is a fan fiction of Led Zeppelin's song "No Quarter".

It is also an entry for the New Frontier Contest.

This is part of the School Based storygame contest.

There is also an indirect sequel to one of the endings (the one with the highest point value). Here it is.

EDIT:
After two years, I want through and made a few slight changes. I polished a few things and made several grammar and spelling corrections.

The Carnival, Ginny, and I

This is the story of Ginny and Ethan's times at the carnival. As the years pass, can Ginny and Ethan's friendship continue or will their paths no longer intertwine? Will Ethan overcome his avid dislike of roller coasters?

Can their friendship bloom into something greater?

EDIT:
Okay, after viewing the comments, I too realized the massive error I had created in the original ending. Thank you Briar Rose, Bucky, and Steve24833 for you comments. I truly mean that. In fact, I burst out laughing (at my story) when I read the comments,especially Briar Roses. Thank you.

Now, there are two endings. The first is the original (with a few small changes), and the new one is much different from the other one. (They also wrote to each other because this story took place before the internet became widely public.)

The Duet
This's an indirect sequel to my storygame Solstice. You don't need to play it to understand this one. I did have fun writing this. I've been meaning to return to Hawthorn School for nearly two years.

You never got along with her well. Cerise acts very abrasive. For the past few weeks, she's been raving about the talent show for your middle school. It's a big deal. Parents come in to see their kids perform, a rare opportunity to show off when you hardly ever see them. And Cerise likes to show off, a lot. The day before the talent show, you're confused. Why is she hiding behind a tree crying?

If you're wondering what the piece Jesus bleibet meine Freude sounds like when it's mentioned in the story, here's an audio file.


EDIT: I fixed the grammar errors that I could find. Also, the jacket choice does matter. One of them opens up a choice for you later on that wouldn't be there otherwise.

EDIT #2: I had a hilariously unfortunate error. Essentially, I had a wrong link that caused 60% of the story to be skipped yet still seemed logical enough to not throw off the readers. Shoot. Well, that's fixed now.
Waiting for the (Trump) Train

None of your choices have any effect. If you do see a choice having an effect, then you must be clearly wrong. Heck, it isn't like this is a site where you can choose your own story or anything.

The story is told though you own choices. Don't argue with me. Your choices have no meaning, but the entire storygame is told through your choices.

Also, please do not comment or rate my storygame. I published it not to improve my abilities as a writer. My feelings will be hurt if you even think about commenting especially if your comments are not nice. Also, men cannot comment because sexism or something.

Demon no Hero
unpublished
Hell Is Empty
unpublished
A furious town of a couple hundred people have gathered to execute you, the demon who killed their children; however, there are two problems. First, you're innocent. Second, a traveling holy maiden decided to save you with her powerful and deadly powers...

Find all nine endings if you want. Some perhaps give a fuller picture.

This is an entry for Mizal's Lone Hero Contest too.
NGE: How to Win
unpublished
Don't bother clicking the play game link. Everything is in this description.

So, you wanna win my storygame Neon Genesis Evangelion? First, this storygame has two different types of choices. One is a bad choice that'll just get you killed. The others seem to be mostly harmless but turn out to be game changers later on.

As a general rule, take action whenever possible and try to build stronger relationships with the three pilots. To be more specific...

Choice 1: Attempt to Fix Them. I'm evil, so if you choose the other option, it won't seem to be important until the end. If you don't choose this, then you can't get the True Ending.

Choice 2: I Want to Pilot My Eva. The other one results in suicide.

Choice 3: Protect Her. About twenty pages from now, Asuka will die unless you choose this option.

Choice 4: Either one is fine. I initially planned otherwise, but I ended up really liking both. You can win after making either choice. Also, sorry. You have five links now with no choices. I feel bad about that.

Choice 5: Fabricate a Lie to Explain Asuka's Scars. Yes, that's a long title for a choice. Again, this'll matter at the end.

Choice 6: Comfort Him. Again, this one is important. It's also one of my favorite scenes of my story.

Choice 7: Pilot the Eva. You'll die in a few pages if you don't choose this.

Choice 10: She Leaves for Her... Family. This one matter to get to the true end.

Choice 11: Try to Be Nice to Rei. This'll matter at the end.

Choice 12: Feel Sympathy. This'll result in a victory in the upcoming battle.

Choice 13: Fight!. I even put an exclamation point on that one. Keep Asuka from dying, please.

Choice 16: Begin Instrumentality to Revive Them. Yup, you'll do the very thing you tried to prevent the entire story. This choice will not appear unless you made the right choices for 1-15.

Choice 17: Live. Enjoy the ending. I even have a picture and Ode to Joy!
SPACE NOAH
unpublished
The Mountain of Scath Dubh
unpublished

You are a weary traveler in a mysterious land.

A Newb's Guide for Improving
This is an article on how to improve for both the forums and writing if you're an idiotic newb. It's written by a former idiotic newb for current idiotic newbs.