Degenerate
An alcoholic writer. His career going nowhere. The daughter of a business tycoon. Author's note: This story is dedicated to Jay in response to their constructive feedback left on Unbroken. Thank you, truly, for being the inspiration behind the title. Enjoy.
Nameless
Strength of body, strength of will. Both are required. A man's freedom depends on his willingness to act, to rise against those who would place him in chains. Small choices add up, building towards differing outcomes. In the moment, one does not often know the implications of his actions. Inevitably, all is revealed. Author's Note: There are several "cinematic" links in the story. You will have the option to view multiple events happening simultaneously. While not adding to the branching, they do offer deeper insight into the story.
Pitka's Fables

Entry for Bucky's Year's End Contest.
Sheol's Passage and the Fallen
Thoughts appearing as fragments. A mind shattered. Broken. Weak. One of us. Author's Note: Official endings will be titled "Epilogue." There are seven total to discover.
Sterling City
She offers everything a man could want. Sterling City, an unsteady lover, but a lover nonetheless, filled with gunfire, liberal women, and elevator dings! One day her embrace is warm, and the next, it's the cold shoulder and couch for you, baby. Best to get out while the going's good. Author's Note: Contest entry for IWT 13: The Resurrection.
Sterling Suburbs
It's the 'burbs, baby. Wipe that city grime off on the door mat. You know what, why don't you just remove those filthy shoes entirely. She's calm, collected, and safe. Sterling Suburbs, nothing like her erratic sister, filled with carpool lines, trick or treaters, and a steady supply of Budweiser. Author's Note: Written for Mara's Halloween Writing Jam. A small-sized, suburb-dwelling Sterling City spin-off!

The Book and Devil's Altar
A new day. The chance to move on. Weigh the options, then commit. Whether you choose right or wrong, the journey begins by taking a step forward. The Hunter, a man marked by tragedy, plagued by the internal voice. His past appears as phantoms, seeking to claim his soul. The Sorceress, places little value on the lives of men. Humanity is but an obstacle on her rise to power. The Warrior, built by honor. Straightforward in battle, straightforward in thought. The Rogue, unable to leave behind what isn't his. Some artifacts are best left as they are. The Book, a tome of black magic. Ancient curses rest in its pages, longing to be read. Author's note: There are six official endings to discover, two of which have characters crossing over from Sheol's Passage and the Fallen. Entry for EndMaster's Edgelord Contest 2.
The King's Command 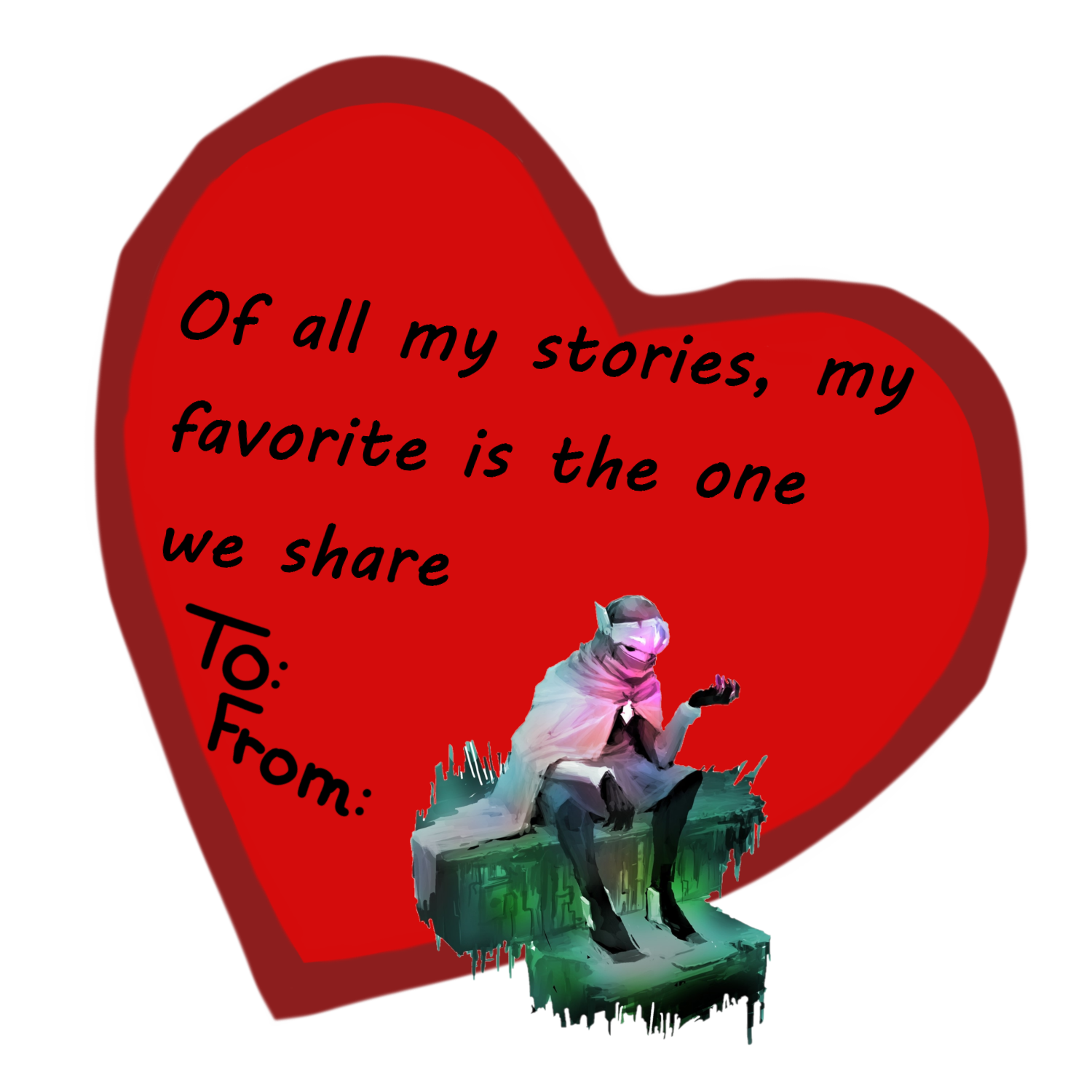 My Story Progress on 2/12/2021 3:50:56 PM
Just with a brief scan, I'd suggest more variety with your sentence structure. If the majority is "you do this, you do that," then the reader's mind will wander. And for the large text block at the end, you might want to section it off. It can be the same person talking, but maybe throw in a few casual observences, like Yimdo crossing his arms or speaking at different volumes. Performing a bodily action with speech for emphasis could work well there, like describing hand gestures or tightening one's fist or a narrowing the eyes.
A new story? on 2/5/2021 5:55:43 PM
If you make this into a storygame, people are mostly going to care about what happens in the war. Everything else that you've written is background and set in stone, which will play a part in who the main character is, but it won't be the events the readers are clicking through unless you include lots of flashbacks. It's hard to comment on a branching story idea when you've told us everything that's happened before he heads off to war. Perhaps your next step is plotting out events to take place while he's fighting in the war if you haven't already.
Edgelord 2 Contest Results on 2/3/2021 5:42:21 PM
@hetero_malk is truly a writer deserving of a contest trophy and a featured story. You should all read, rate, and review Winter. Let's all hope the man publishes more stories this year. Now for some reason, I'm craving some Darkest Dungeon.
Parallel universes on 1/26/2021 4:38:38 PM
Who's to say Phil can't be an unassuming accountant AND a hooker trying to sell you crack? I don't mind reading it either way as long as it fits within the context of the story branch. If there are infinite possibilities to the way a story can be told, then having drastic changes between branches aren't a big deal in my opinion. When it comes to my own stuff, I like having events mostly set in place. The reader can navigate through a familiar setting, but discover interactions or perspectives that can only be found through a different branch.
Steam-Powered Dildo for POTUS on 1/17/2021 9:32:34 AM
Google tends to do that with redundancy.
Who Is Online
167 guests and TheCanary, Larimar, Ford, poison_mara, Ogre11, enterpride, Krohvyr, TharaApples, ColonelTankMann, Avery_Moore, fluttershypegasus, hetero_malk, Nightwatch, tmanaking.
version 20210008 | ChooseYourStory © 2001 - 2021, Halogen Studios Entertainment | contact us