Both wonderful in their Pokemon in their own right. Fun story: When I first got Silver, I still believed that every Pokemon had the potential to become god-like as long as you love and believe in them, so I ended up with a Dunsparce until the middle of post-game....she was a fine one....granted, our main strategy was basically Glaring and Double-Edging things...but a fine one nonetheless

That is an infinetly-difficult question, but if I had to narrow it down...it would be either Flygon or Blastoise. Flygon because she was my best in my Emerald play through, and Blastoise because he was my first~

I had no plans of leaving...if I did I would probably post some big dramatic schpiel telling everyone "I had some good times...may we depart ways....better tomorrow...blah blah blah...the works."

Eh, they're my favorite animals in all honesty, they would SO be on my team if owning animals for the purpose of fighting were legal! :D

In preparation for Sun and Moon I guess.

Japan has like 80 different flavors of Kit-Kat...all of them are great except Apricot Seed...ugh.

...and it could not be better. The series is already better than the Pokemon anime, (which isn't really that hard, but still.) Not to mention how super radical everything looks. 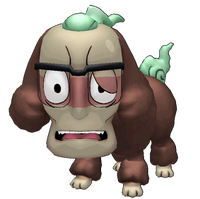 I want this thing. 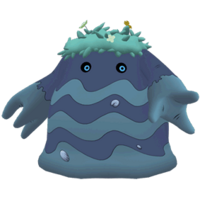 This guys name is SWOSH.

But when you string your cheese, you feel like your getting more cheese, it's perfect.