The Residential Lurker here on CYS. Not as famous as the new members but more forgetful than the old ones.

Fidelty i just made account and didn't have to pay 2500.

Yeah I see it now....hmm scaling it down would be good. I will have to place more to fill out the marked area for the range.

Thanks for the help and suggestion. 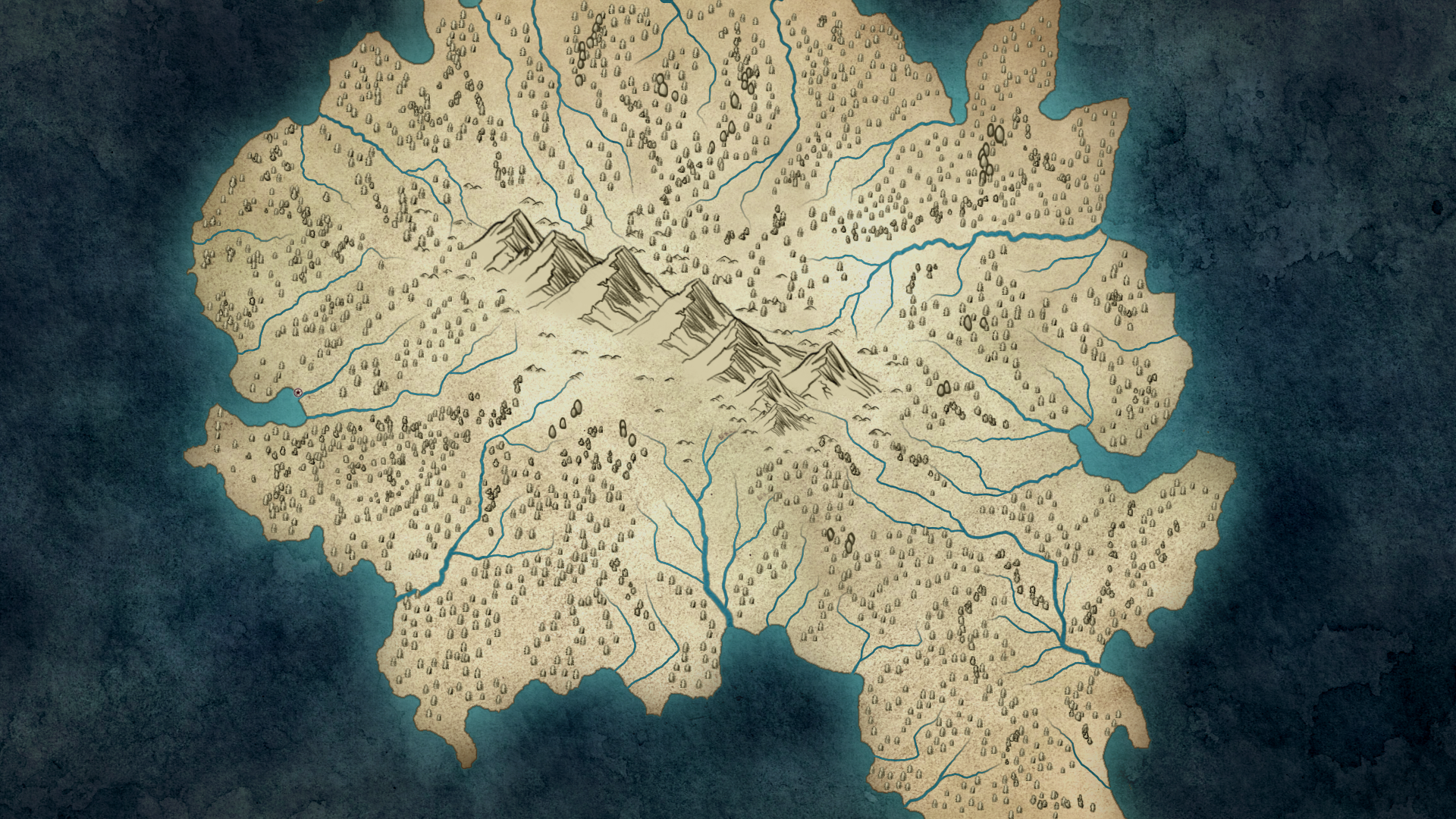 This map is work in progress. Its another map that i've been working and trying out new techniques and furthering my study of cartography. I feel that i went heavy on the forested areas and that the mountains are far to large. I feel i could've expanded the hill region at the mountains base. The rivers are better in my opinion.

This is the map i've been working on for a few hours in preparation for a short story thought you all may enjoy. I know i can do  better with it but for now it'll serve it's purpose. 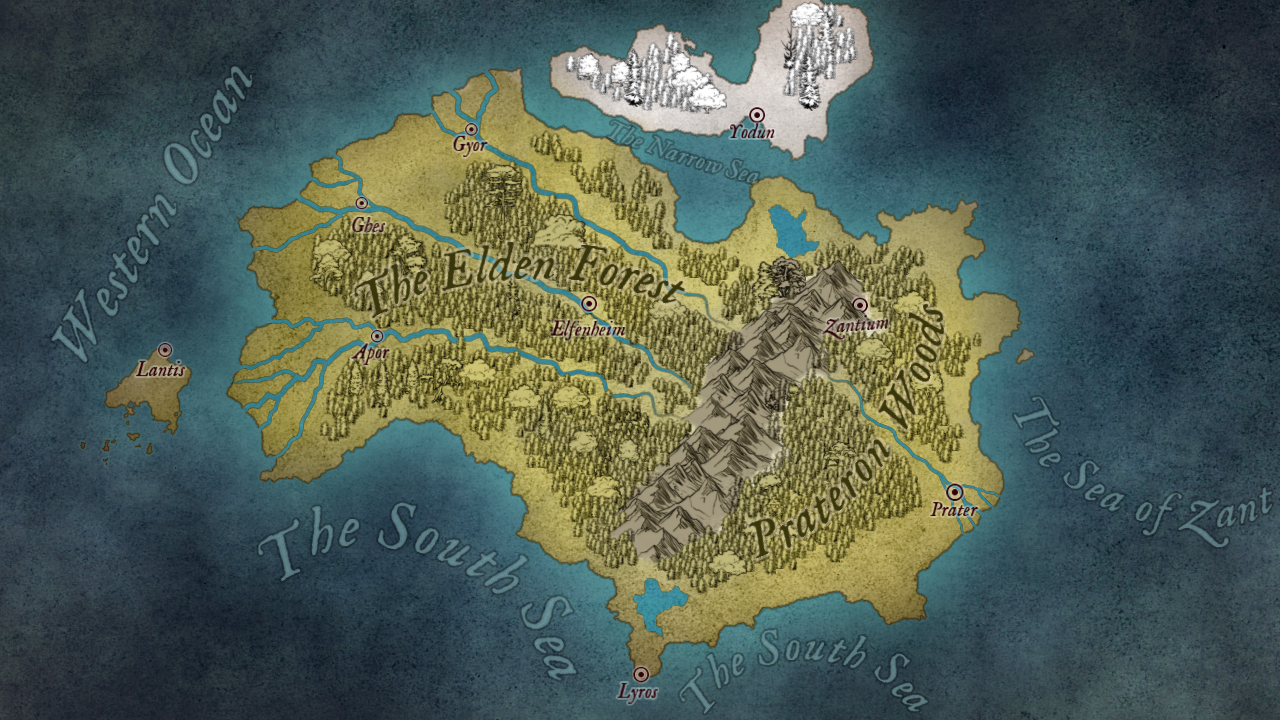 @mizal this is just the beginning and this scene occurs during present day. The story of the Order of the Garden will be revealed after the battle. The ghoul is actually guarding the tomb of Dakuri who wrote down the events the war (Persian Invasion of Mesopotamia and the Troy like siege that followed) and primarily focuses the narrative on the Babylonian Champion/Hero? Arnoux who is of the Order of the Garden.

Excerpt from the first Chapter

Cecilia held her long sword in front of her as the group circled around the humanoid being. Though it looked like a ghoul, it being haggard and dressed in ragged clothing and rusted armor beneath those burning yellow eyes something more lay beyond.

The ghoul, for lack of better term, casually glanced from side to side as the Knights encircled him.

“This isn’t what I expected to find excavating the Hanging Gardens,” Leroy muttered into the comms as the encirclement is completed.

“I wouldn’t have expected anything less,” James said as he stared intently at the ghoul in the center. “These land have had bloodshed upon them for ages. They may be more just like him the further we excavate.”

“This doesn’t feel right...” Cecilia voiced everything about this ghoul was unique from it’s appearance to the weapon it wielded. The saber was in exquisite condition and it's bronze armor had black engravings of a tree upon it. Normally those who were chosen to become ghouls in ancient times weren’t bothered with arms as the gift of becoming undead they had little to fear from mortals who dared venture into the crypts or happen to cross their paths.

“M’lady, should we attack?” James asks yet as he did the ghoul gave his surrounding a once over before giving his sword a masterful flourish before sliding into a fighting stance.

As shocking as it was for a ghoul to be able to do that it was the stance that he had taken almost as if he was expected an attack from all sides and taken the necessary precautions for it.

“M’lady?” James asks once more his face taking on a more serious expression.

The standoff would not end by having a stare down.

"Attack," She commands as she and four rushed the ghoul from their spots in the encirclement. The others, a mixture of veterans and rookies, would wait in reserves in case those of the initial charge died or needed to be swapped out.

They jumped at the unique ghoul like wolves, lightning-fast, silently, and without warning. Blades whizzed through the air and the chamber echoed with the mournful clangs and shings of clashing steel. At first, all you could hear was swords clashing, sighs, moans, and heavy breathing.

And then, suddenly and unexpectedly, the Knights Hospitaller began to scream and die.

James was the first; dropping to his knees after being run through by the ghoul's blade before the ghoul followed up by delivering a savage arc that, mercifully or perhaps not, was a glancing blow. He moaned in agony as blood began to pool.

Another, who Cecilia recognized as James' squire, jumped into the fray yet her inexperience showed as they hadn't joined the battle when the pace was still fast and almost immediately her head was detached from her neck.

"What the fuck is this!?" Leroy screams.

The Great War, the war between the Persian Empire and the Empire of Babylon, began after Cyrus turned his attention to ancient city. Cyrus demanded one thing from Babylon and that was the city and lands surrounding it. The Babylonian Emperor naturally refused to give up the capital and said thusly to Cyrus’ envoys. It seemed that Cyrus expected this answer from the Emperor and immediately began to lead an army against Babylon. At Karim, the troops gathered led by the Cyrus himself and filled with the most renowned warriors from his campaigns — Abbas, Karen, Hadi, Salar, Nozar, Gideon of Judea and the two warriors named Lencho. For five years the Babylonians and Persian fought in the cities and countryside in the north and western region of the Babylonian empire where the Persians emerged victorious more often than not and who pushed steadily towards the Tigris mere miles from Babylon, but the city itself, well fortified and commanded by Somal and other sons of the royal household, held out. Yet our tale focuses on the Order of the Garden. Who to the surprise of both Empires have unexpectedly decided to draw their swords in defense of Babylon.

First: @Bucky @Mizal Who knew it took a little plagiarism to get someone to finally respond to my post in the workshop for no one wanted to say anything when I originally posted what I had above????. I'll remember for next time.

Second: do you want it written in the ballad poem format because I originally planned to write it out like so.

Outline: Prologue, Archeologist from the Knights Hospitaller discover the lost works of Dakuri of Uruk and present their findings to the ailing Grandmaster who desires to hears the tale of old.

bla lThe Order of the Garden.

My watch begins. It shall not end until my death.

A warrior order only dedicated to the protection of the Hanging Gardens of Babylon. They ignore the call to arms from the Babylonian King in his war against the Amori Hegemony who have pushed his and his allies back behind the Tigris near the great walls of Babylon.

I shall take no wife, hold no lands, father no children. I shall not kneel to no king nor interfere in the wars they wage.

Yet, The Order has broken the neutrality they carried since The Orders finding our founding.

I shall live and die at my post. I am the guardian of the accursed tree.

I am the gaurdian of the fertile falls. I am the shield that guards the realms of men from the eldritch knowledge of old.