Hi, everyone who's reading this! I'm assuming you want to learn a little about me, so here we go.

I love reading and writing. I especially love CYOAs. I am often bursting with ideas, so if you're in need of a muse, I can help.

My favorite genres are fantasy and historical fiction, but I dislike horror.

I also have a large vocabulary (next time someone insults you, just call them an abecedarian) and spelling and grammatical errors make me cringe.

One of my favorite quotes (which doubles as a writing tip) is this:

You must simultaneously believe these two things about your writing:

1. My writing is the greatest work of art this universe has ever seen.

2. My writing is a worthless heap of sludge.

As Eryllis, a great and powerful being, (even if you do say so yourself,) you've lived centuries in your domain, the Essucia Woods, without

bothering anyone. But what happens when life throws a powerful princess and a brave knight into the mix?

This is an entry for Bucky's Year's End contest.

Update 1.1: I gave each speaker a paragraph to make it easier to understand.

The sequel that no one asked for!

You play as Elle, who is excited to finally do anything she wants with her shiny new computer! First, though, she should probably publish that story for the contest. But what's this? Where's the Post-it note that she wrote her password on?

With time ticking until the deadline and her brothers seemingly intent on sabotaging her at every turn, Elle must find a way to reclaim her password and submit her story before she gets thrown in the pit of SHAME Abyss of SCORN.

"Baby Polar Bear" by Jesse Hollington is licensed under CC BY 2.0

Not terrible, though I don't see what all the hype was about.

Most of the book had a "memoir of summer vacation" vibe, despite taking place over a few years. The rape trial had me hooked, but the rest of the book was just sort of there. The way they presented the education system, though...well, let's just say not much has changed.

Overall, it wasn't really my thing, or maybe I'm just too engrossed in fantasy at this point.

It's been a while, but I'm back at it with another review!

I haven't read much poetry, but I have to agree with you on the "sky and merrily" front.

Also, though a bit more acceptable, "rain" and "again" always bugs me.

(There are 50 chapters in total, though some of them aren't very long.)

My copy only has around 200 pages (however, the font is ridiculously small)

I'm late to the party, but I hope it's still going strong! 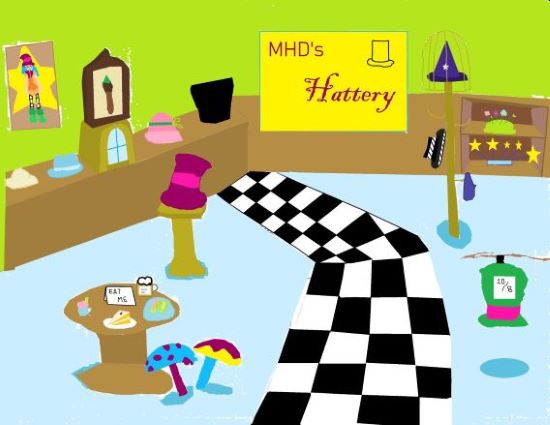 I offer you my tribute of awful shading attempts and overlooked white spots!

(And, of course, lots of hats)

Another bullet-point review of Sense and Sensibility!

So, I’ve been reading Sense and Sensibility and jotting down my thoughts. I’m not really one for romances, but this one isn’t too insufferable yet. Marianne’s sass is carrying the entire story.

Without further ado, here’s what I’ve written so far!

Any time somebody laughs, spell it out like dialogue.