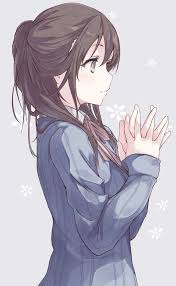 Me.I'm only experiencing the world of writing.To me this is just a phase I'm in.There were some people who read my first story "It's going down for real"Yeah that story.That was the first story I made;too excited on making it no time to think about the characters.They ended up with no personalities.there are other stories that i made most of them will be fantasy stories some are modern and others will be....others.My stories can go over the limit a bit(much)but for my stories don't take them the wrong way if you do there's something wrong in your head.

Age:14(fifteen next year,and a few monthes)

Quotes:Yep!,All humor can have a dark-side,Never gonna give you up never gonna let you down,The light at the end of a tunnel are the front lights of a train.

These stories down below sound good but,they're not.one of them is broken.Way to go you last about almost five minutes of your time.I'm not exactly the kind of person that you'd call a writer.For me this website is quite fun.

Hide-n-Seek
unpublished
Oliver is a young seventeen year old freshman that sneaks out at night to hang with a few friends,what he didn't know was that they were freaks;'Like they ran from a nuthouse most people are scared to react about how crazy that some of them go.

He heard someone say it's something that they eat.Others say that it's contagious.Who knows it could happen to you(In the story)

Also beware of the cops that roam the night,the tasers seem to have a very special effect on them.People call that ones that go crazy abnormals.Also in this story the seventeen year old students known as a college student.They are very fond of the game Hide-n-Seek.But they play by different rule,by their rules.

It's going down for real
unpublished

The Story isn't as Long But it is alittle better.And have fun.

The Beginning after the end
unpublished

In the year 2045 the Nazi elements from world war 2 now reviled themselves from the southern African territory.They now go back to Germany with highly advanced nuclear weapons, and wipeout the many nations of the world.The Nazi military takes over the upper northern part of Europe.A large part of Europe was been spared from the bombing in order to preserve the Aryan race.The survivors of the outside world.All go to the ruins of America to rebuild,and help get the people of the inside world get out to the real world,that was destroyed,and show them the truth on what happened to the world and countries 14 years ago.

In this story you are a twelve year old kid trying to play a little prank on an old man but you end up getting very lost in the old mans house...mansion.

Don't worry I'll try to make this a good story the last one...my first one was junk this one will be better,l can't make any promises though...!

I'm not publishing this story,it's broken.Not broken(broken).I mean the character was supposed to do one thing but you end up doing other things.I didn't realize until I finished the story.   :(!

The half sister
unpublished
Your are a second born child that learned that you was gonna have a older sister but she died at birth,Ten years later your mother have became very depressed,you thought it was stress.But she was sad about losing her first kid.Your father is a scientist,before you was born your father somehow and was able to give half genetics,meaning you have half the DNA of a plant,and Half the DNA of a human being,your dad thought that you'd grow stronger,and healthier with the DNA of a plant.The plants that he used were classified.

You thought of making a sister be using the DNA of a plant and a human body,it will take you awhile to do this,you did the experiment in the attic,like Victor Frankenstein.But it's also gonna be tough to keep a secret from your parents.

The Life to Live
unpublished

You are a young person that comes from a Island hundreds of miles away.Your mother dies of scurvy.A lady finds you,and promises to take you in as her own child.

You go off at the age of nineteen and you try to live a life that you could have.There are many lives you can live you have to find a life to live.Your character gets older in those lives and you.Develope,and learn new things during your life.There's also a life the can just go straight,but there can be some turns in it.

To be honest the long path for you to take is actually for you to stay with your friends in Yuienta...just to let you you know if your still reading the description.

This is Part 2 of The Life to Live.

This new character is Male.

This story is a continuation of the last story.But,with a new character.This characters a a bit more weird than,the last one.Your character is going take his life outside the boarders of Yuienta,and you and your friends are going to be leaving Huquica,and you fight in a war on a island that's hundreds of miles away.There won't be many flashbacks,and for a heads up,you may think that some of the characters may kind of cut something a little close,but nothing bad won't happen.Plus there won't really be that many options/choices in the beginning.Just to let you know,and don't take some of the character's lines the wrong way.If you do who knows what's going through your mind.

Me;myself I'll try hard not to make the story too weird,and strange for you reader.Plus the story can get a little boring at first but it'll lighten up.I can tell by that because you may still be reading the description,and some of the lines you may recognize them,like from movies, and if you do remember the lines then write them down in comments below,GOOD LUCK!.

Three months from home.
unpublished
The kids are 14-17 years old.

The scientists puts the infinity symbol on the different parts of the body(Not anywhere uncomfortable)But,the symbol is mostly on the wrist or hand palm.The infinity logo helps illuminate light for the kids to see,around in dark places.At first there were other people on the ship.One of the kids was born without a birth planet.

After the adults,and operators of the ship left they recruit 15 kids from Earth,Mercury,and Saturn,and a kid that was born in outer space.(inspired from star trek)

At first they celebrate they're first day on the ship.Then they wake up they next day with turning tables;and either avoiding,or fighting against a creature that deformed from radioactive elements from the outer-space,to make these(was)human form into a species with the feeling of the living-creature blood.But the creature that was deformed;it's body is not stable enough to walk on land/the ground.

The creature's body also don't invade planets,even when wrapped in the body of a regular human,because their bodies weren't designed that way,and for living/floating in the cold universe.

Let's go back the kids that survive for the three months can go back and live their regular lives,and they get to choose to get their memories erased from the horror of death at every corner,or keep them to remember their friends that they make during the three months.The character's names are spelled in a different ways.That's the character's first name,their last name too,some not all.Plus the choices that you make would either getyourself,or your friends killed.(either way your friends would get killed somehow,it depends.)Also the characters and chief characters talk more,so your not doing all the talking the whole story.

Quick note:The story isn't about the Olympians,it's more on you and your friends,on choice may get your best friend killed and the other could kill you other friend(s) now or later.I also got confused on some of the pages for the fate of the characters,but hope you like it,and maybe try thinking that if the character was there later in the story,also to let you know the same thing on some of the pages with the death of a character then the story will excluded that dead character out,but alive character's would talk about them and the pages would have the same title just with a different plot but the same event.

GOOD LUCK!!(I mean no offense to those that actually have the names of these characters)

Three weeks from home
unpublished
This time these kids are about Ten-to-twelve years old.The Olympians could have mate and have kids(If they could)But this time the kids will have two adults with them,because they learned that the last recruits were brutally murderer.This time there are twelve kids.The story is in First person mode,but it can switch to Protagonist's POV(Point of view) sometimes.

Kathleen is a young Irish boy that moved to America to go to the outer space trip.He lives with his mother,and his Father is out at sea.He doesn't know about the...actually no one really knows about the Olympians in outer-space.But let's see what choice there are,the his friends are gonna die with most of the choice that are selected,it's like the last story,and the story is gonna be longer too.This kid also has a secrete that will be explained in the story later on. Good Luck!!(You'll need it)

Your are a young child walking through an old and abandoned town.You hear a voice in your head.To help guide you through your journey.You'll also have to find pieces to fix a old broken GPS.