I am making a series based on Dead Space if you've ever played it.(One of the scariest games I've ever played.) I recommend that my readers have at least played any of the games first and if you can stomach that you can probably stomach this. I beat one of my favorite games on this website Kittens of FAT and I got ending 7, my favorite one so far. and I have a pic that proves it. 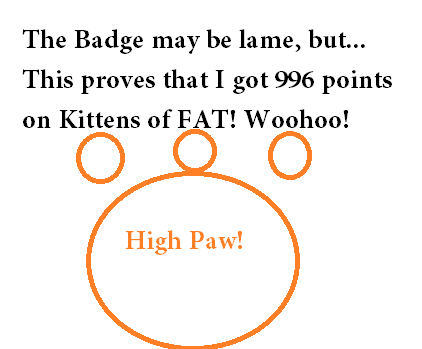 The story of your life takes a dark and twisted turn when a strange alien virus sets its destination to your small transport ship while trying to survive the destructive wave of the mutated undead. Choose this bloody and gory story as you explore and find a way off the ship infested with alien zombies that just want to take over the ship and everything in it. Playing the role of Jerome, a used-to-be asteroid miner that now tries to transport miners to a miner outpost but then crashes on a planet in this sci-fi horror story. Make sure that you can stomach the pathways that lead to an uncertain fate of the abandoned colony of the living dead. Based off of Dead Space. Part 1 If you want me to add anything special to part 2 just message or comment it to me.

WARNING: THIS GAME IS SUPER HARD AND SUPER GORY SO IF YOU CAN'T STOMACH IT DON'T PLAY THIS GAME!

This is a sequel to Dead Space: The Virus Awakens Part 1. Part 2 out of 5. This will hopefully be longer SO PEOPLE DO NOT GIVE ME CRAP ABOUT IT!!!  If you want to criticize my game then do it I do not care but you guys take it way too far. Kids go on this website and what do they see when they click on a game? Swearing and bad language. I listen and do what only the half decent people say about my game. I post a game and someone says that I should put it under fan fiction SURPRISINGLY WITHOUT SWEARING so I listen to him. If people only go on this website to be mean and swear but also tell me to do crap and boss me around I just assume that they do not know anything about editing and ignore them. I will say it again, If you want me to add anything, just comment on my game or message me WITHOUT SWEARING!!!

James and the Cat Club
unpublished

James just wants to make new friends until the town creates a cat club. Make friends in this funny and cheery story.

the game takes place in macdonerlds and is kid appropiute. made by Connor McLean

Just a simple murder mystery. Or is it? This might be the trickiest story I've ever made! This is going to be short but HARD. WARNING: If you have anger issues or don't like losing A LOT don't play this game alone, because other people could have a good laugh.

This is like a personality test but it's really judgy. Answer all 10 questions HONESTLY and we'll see what kind of person you are!

The Art of Theiving
unpublished

You are an ordinary thief until you and your friend try to steal an old artifact buried in an ancient tomb in the Greenlands. Includes weapons, special attacks, and master skills in this fantasy RPG. This is my remake of Stealing the Emerald, one of my old games that was un-published by BerkaZerka, probably one of the admins saying that it did not meet the site requirements. Do not criticize this game because this game may be long, I do not know yet because it is only in BETA stage.

You are an ordinary thief trying to steal the Elysian Emerald.

Sorry about my other games but I was just starting. If you haven't played them It's because I deleted them.

The grammar is fixed and I have added some items.

NOTE: This is my first advanced story so cut me some slack.

The Quiz of Death
unpublished

You are a slave working for a cat man named Hairball. He put up a game show called the quiz of death, a game show where you have to answer all 3 questions right or it's choose your death! Your name is Jeremy and you are one of the contestants in this sick and twisted tale of death.

10 things about you
1. You're reading this
2. You're realizing that it's a stupid fact
4. You didn't notice that I skipped number 3
5. You just checked if there's a number 3
6. You're smiling
7. You're still reading this even though it's stupid
9. You didn't realize I skipped 8
10. You looked if there was an 8
11. You're enjoying this
12. You forgot that this list is supposed to have only go to 10 numbers

I made a new game that is based off of Dead Space. Do not think that I am copying people or anything I actually did not know that there was another Dead Space game in the giant place called Chooseyourstory.com and when I saw it I deleted mine but then I saw that it was short I thought that maybe this place needed another one that was longer. So, if you have time, please play my game and test it out. There will be a part 2 and it requires lots of testing so if there is anything wrong with it, message me.