My name is Stargirl, and I like to read, write, and lurk in the forums. Any other hobbies? Yes, I do Kung Fu and enjoy spending time in the woods. I just finished writing my second storygame for Endmaster's prompt contest. Any and all feedback will be appreciated! 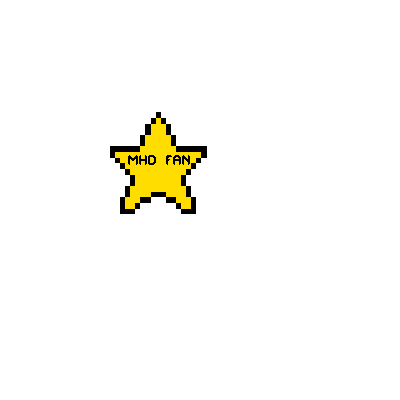 "Don't be afraid," said your mother. Blood formed beads on her face and her tears formed pools of agony. The image of war, the sudden urge to kill, has never been so potent. This is a story that informs you that not all stories have a happy ending. Based in Afghanistan, story created for Endmaster's culture clash contest, and we intend to expand the story after that is over.

We apologize for the bad grammar, we ran out time to proofread. Feel free to tear it apart and we hope you have fun reading it! (For fun you can try to guess which parts stargirl wrote and which parts Abgeofriends wrote)

You play as the new Empress Vira in the kingdom of Magnicollis with her horse Cupcake. Your mother has just died and you have to take the crown. Stay loyal to your horse and try not to kill everyone in your kingdom... or do.

This is an entrey for Endmaster's prompt contest. I got the prompt "A story of a lunatic empress... with a fondness for horses." I didn't spend very much time writing it and I didn't have time to proofread, but hopefully it's still decent enough to be enjoyable.

Random Rambles that I might change into a story later.
unpublished

Just writing things when I'm bored. Putting it here because it's the only good writing site, and I might change this into an actual story later. :)

will do this later
unpublished

Just a fun little project for when I'm bored. Experimenting with poetry.

What am I supposed to do, show pictures?

...not me being a contortionist irl.

Just do what you did here but for all the main people on CYS.

Oh yeah, those. Even the ones I made irl aren't working out so great. And I've definitly contributed to the site this month. Maybe I should actually start being productive...

The eyes are the worst part. I’m numb to the muffled screams by now, but the eyes always haunt me. The ghostly reflection of my shadow and a wild, raw fear that seems to possess them. I can look away from the twisted mouths and the haunted expressions, but I can never look away from the eyes.

Supposedly they’re the windows to your soul. Maybe that’s why they scare me. I’m terrified of seeing the “light go out” as they say, but maybe a morbid part of me wants to see what it would look like for the soul to die.

Soul, spirit, same thing. Isn’t it your spirit that survives to the afterlife? I don’t go to church, but I think it would make sense, in a way. When you die your consciousness can move to a better place. It’s a comforting thought, but I would go to church if I believed that. I wish I could believe that.

If only I wasn’t so tired I could go to church. Maybe I could become like them, the people who say they aren't scared but then beg for mercy. They have so much hope. Don’t they know that I won’t stop? I laugh, laugh to cover the fear. Why am I scared?

It’s because of those stupid eyes. They follow me around at night when I sleep. They bounce around my head until the pills kick in. If I had dreams at night, I'm sure they would fill the silence. My thoughts sure are.

I can see them now. There’s a pair of icy blue ones with a bit of greenish specks over there. Tears are spilling out the corners, but that’s not the worst part. Tears aren’t bad. Tears are just leaky eyes. What’s bad is the animalistic fear and the haunted, twisted agony in their last second when they realize that they really don’t want to go. People say they aren’t sacred, but their eyes betray them. Their eyes always betray them.

Maybe if you wrote a sentence or two that had some sort of story to it. For example, "The single loose thread had been bugging Lewis all day, but right as he was about to decimate it, his mother called him down for dinner." We have the setting,(kinda) the rising action, the climax, and the resolution. A full blown story right there.

This article has battle in the name. It could be the one you’re looking for, but I didn’t read it so it could be about anything. :)

To be fair, you have been participating in the Owl's Challenge threads a little bit, so you've done a bit more writing than CP in the long run. More procrastinating and more writing! Sounds like you've got her beat multiple ways.