My name is James Valkyrie after reading these stories for months i became a member. my first game is rise of the damned about harry dent.It is a zombie survival adventure story.  my second games is called enigma starring sigma. It is a fantasy epic that takes on many different forms. My third and most recently published game is the cop drama law and disorder. The fourth game I co-authored is called Fireborn a Dragon Fable. If you are looking for a coauthor message me. 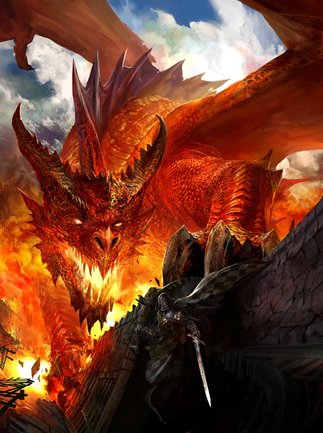 A post apocalyptic tale of survival. Will you play morally and protect those who count on you? Or will you give in to the primal battle for survival?

You are Jim Davidson. You are a good cop in a bad city. Three different gangs are trying to take control of this city. The innocent are killed and the killers go free. Only a few men stand between them and complete anarchy. As long as you are alive you will continue to fight crime and put criminals behind bars.

Sorry if it is a little short everyone. I wanted to work on a new project and this game started stalling. I decided to finish it the best I could and publish it so I can focus on my next project which I promise will be much larger and more detailed.

It's been a while sense I've read a really good in depth story on this site. This is the best I've new story I've seen in a while and I enjoyed it alot.

Ive replayed the storyline Where you and brendget married and I got a question. How come in every other path nalin is destroyed 300 years later unless you get frozen for 500 years

A small village named Harrissville Rhode Island. There weren't even enough people to be legally considered a town

I guess you could hold your own unofficial contest I doubt anyone would stop you. I'm always up for a prize opportunity so I would read your story and try to win the contest.

I was playing this game again and I had a thought. Is Kane named after Cain from the bible because he turns on his brother and tries to kill him or am I just looked to far into the game?

seems more like something that belongs on chyoo.com than choice of games.

Call of the wild is about a dog but It describes a protagonist thrown into a deadly unfamiliar environment and trying to survive while others die constantly around him.

I didn't for a long time until after a death of a close family member. I asked for a sign to understand why these kind of things happen to people. I don't like to share the story but it made me truly believe that their has to be something more to this world than just what we can see and prove "scientifically"

As long as they don't try to throw their views in my face I let everyone have their own beliefs and I don't argue with it.

honestly it doesn't make that much of a difference.

I was born into catholicism and while I disagree with many of their beliefs about gays and abortion and the such it's the message itself that I stand by of love and helping your neighbor.

I lost the faith for a bit but for the most part I still lived by the rules because that's just how I was raised.

I think that pushing acceptance and hopes for peace is important for a religion.

St Peter started the Catholic church based of the bible and the church just grew and grew slowly after that until it became on of the largest in the world. That's not how I think it happened historically a man named Peter was a disciple of a man named Jesus who claimed to be divine and that is how the church was founded. Whether or not you believe he was divine is irrevelant to the history of how it started.

Aman is correct every countries government has incredibly corrupt politicians and deep divisions between the political parties. Could you imagine if that was the entire world under one system it would be awful.

I found this because i spent forever googling to get a site like this that was COG. I went back onto the forums and suggested  chooseyourstory.com so maybe someone found it through there.