All of this sounds like a you problem tbh. Keeping backups of your work in case something happens to the primary place where you store it is elementary common sense.

That's what happens when you use a too hot cooking fire sadly :/

Oh no, very sorry to hear :/ That's a lot of bad luck - having to deal with heat sucks, I wouldn't be surprised if that's part of the reason why you haven't gotten much sleep. Shame about your family reunion too. Hopefully you'll get to see them under better circumstances before too long!

Wish your mom a speedy recovery, and for you to stay in good health!

Happy 4th of July, I hope you guys have a fun one!! 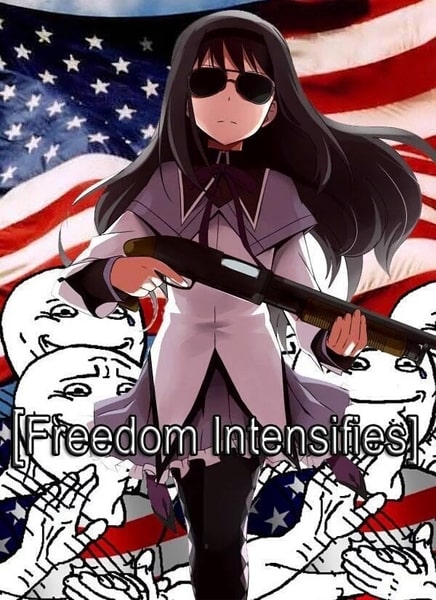 I got a truly super weird WTF inducing ending... I've played this game a bunch of times before and had no idea this event could happen

The navigation system wakes the AI from its hibernation to report unusual astronomical readings. What looked at first like a faint brown dwarf star close to the seedship's course is exhibiting properties unlike any phenomenon that could occur in nature. Its mass is much greater than its faint luminosity would suggest, and what little radiation comes from it has a spectrum different from any known type of star.

Thousands of years later, the AI wakes again as the seedship is decelerating into orbit of the strange star. Even from a few astronomical units out, the object is almost completely black. The seedship's navigation scanners reveal that the entire star is encased in a solid, opaque shell. Searching through the scientific database, the AI realises that it is a Dyson sphere—a previously hypothetical construct that captures the entire energy output of a star.

The seedship's builders gave it an inter-species greeting it could use to open communications with intelligent aliens: a pulsed series of prime numbers establishing intelligence, followed by a diagram depicting human figures and explaining the seedship's mission and its peaceful intentions. The AI transmits this now, and waits hopefully for a reply.

A swarm of tiny objects peels off from the surface of the sphere and surrounds the seedship. Lasers probe every contour of the seedship's hull, and its electronics begin glitching as the objects search for and then find frequencies that will let them remotely interface with the seedship's computers. The scientific and cultural databases light up as the alien intelligence reads and analyses their contents.

A wordless message appears in the AI's consciousness. The AI has difficulty understanding so vastly superior to its own, but manages to glean that the inhabitants of the sphere are offering sanctuary to the humans. They will construct a new home for humanity, based on the information from the ship's databases. But if the seedship accepts this offer, that will be humanity's new home; there will be no chance to move on.

The AI does not know how to respond to the message, but the aliens seem to sense the thought in its mind, and move in. The scientific and cultural databases come to life as the machines read and analyse every scrap of data they contain. Meanwhile, the swarm objects close in on the seedship until they are clamped on to every part of its hull. Damage alerts flare up as the machines intensely scan and disassemble the ship, and the AI panics as the machines penetrate the sleep chambers, but by that time it is too late to get away.

I scored a whopping 11000(!!!) points as the colonists woke up on a literally perfect planet with a breathable atmosphere, moderate gravity, moderate temparture, oceans, rich resources, edible plants, useful animals, and outstanding beauty... but none of it was real because in reality the colonists were trapped in a computer simulation made by aliens of an ideal world. I guess that still counts as a win?