Hi. I'm boring. You can probably just skip over this profile if you're looking for interesting profiles to read. There's also a lot of links, but they aren't properly hyperlinked because I don't like the basic text editor and I seem to be editing this profile thing often. The only one you really need to look at is this one - http://vikingmera.tumblr.com/post/168431307504/trying-to-get-your-story-together-like - because that's true of pretty much every story I have. XD

Made my profile pic myself. It's one of my oc's, Damien. He's a bit mentally disturbed. And he's a frickin nightlight, with neon glowy stuff. A pretty scary nightlight tho. Made with a combination of traditional and digital. Those can be kinda fun to do.

If you're more curious about my art,

I have commissions open. *shrugs*
https://fanofluffstuff.deviantart.com/journal/Commissions-open-719512531
(I'd be down for a trade of some sort too. You write a short story of some characters, and I'll draw you a picture.)

I'm a jack of all trades, master of one.

Oh yeah, also. I guess it's pretty much a well known fact that this isn't my first account anymore. So there's no use hiding it. But I've got quite a bit of stuff on this one too, namely my first storygame and commendations, so I don't think I'll be switching back over.

It's hard seeing the one you love descend into madness.

This takes place a little before the comic I'm making called Alchemy Brothers. Hence the name of the story game. (There's not much to the comic yet. It's really quite pathetic so far. I'll link it when there's something decent to it.)

Anyway, there's some minor fourth wall breakage, skeletons and monsters with magic hats and gloves and science/technology, good vs bad, all that.

Disclaimer!
Undertale belongs to tobyfox - in no way shape or form is this supposed to be cannon material. This is my own theory on their backstory, and some far fetched inclusion with gaster and all that.

I would recommend you play the real game first to catch all the little things, but it is not required to understand the story. There will be a page accessible at all times that explains the basics of the world and how I interpret things if you need it.

THE GREAT PAPYRUS IS CLEARLY SUPERIORER TO WHATEVER WINGDINGS IS.

Did someone say comic sans? 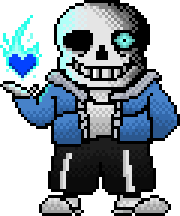 Aren't you supposed to be encouraging people to enter the contest and keep going, not drop out?

I meant lengthwise.
The site takes into account number of pages, wordcount, and I believe scripting and such. 5/8 lengthwise. Ie: even though 15 pages sounds short, there's a lot in those pages.

(this is sorta just added onto mizal's post? I dunno.)

Anyway, I struggled with 15 pages because there was a lot of shitty shitstorm happening irl, and when I did have time to work on it, I just couldn't focus, or it'd been long enough since the last time I touched it that it'd grown a bit stagnant and I'd have trouble picking back up again. If you check out my previous account (oh I shudder) there's a lot of stories with a lot more pages - I think altogether, there's roughly around 75 - 125 pages of writing there, from all the stories? Though I think those were all abandoned because I was aiming for long epics like The Other World in length. Not to mention all the linear stuff I write and keep on google docs. I love writing, it's just hard sometimes.

Despite being only 15 pages, it has a site rated length of 5/8 too - same length as Haunted, and seems a smidgen more than Inseparable or Snow? I focus more on quality/length of the page than quantity of pages, because it gives a chance to honestly know the characters and the world you're interacting with.

I just sortof like experimenting with my writing in general. Sometimes it flails and fails horrendously, and sometimes it's actually kinda good - like the one story I do have published. There were some areas that I didn't really do right, but other areas that seem to have worked out perfectly. People seem to enjoy it despite it being short and rather linear.

So yeah, this thread is just an interest check really, have people point out problems with my plan/idea if there are any or suggestions, and hopefully score myself a slave driver to throw dead babies so I don't wallow and let irl get to me.

It's a bit late, so I'm not sure if I'm going to convey this idea properly.

Anyway - my idea here. There's one storyline that plays through from 3 different perspectives. Each perspective has different events with different meanings, all going simultaneously and sometimes colliding here and there and breaking off into their own story again.

The more you watch a specific perspective though, the more agitated they seem to get and the more they might comment on the feeling of being watched, and it distracts and increases a bit of paranoia which may change what they do and therefor the ending of the story. 4th wall breakage.

You're only one entity - you can only watch one thing at a time. So as you're watching one event play out, you might be missing another, or you might pop in in the middle of an event where it doesn't quite make sense unless you had stopped by earlier to watch.

The three different perspectives I was thinking were a little fugitive family, gang members, and a police force, set in a high fantasy world. Each group has a main little set of 3 people in it, each with unique appearances and personality and history.

As events go along, if you witness certain ones at the right time, you might unlock some background scenes which'll be accessible in the item section. "restarting" with the given link at the end will change the story, and break the 4th wall quite a bit more until it throws the original plot off the rails. Maybe have a bit more actual choice in the story, and actually interact with the characters a bit. I dunno.

What do ya'll think of the idea? It follows a lot more linear path, so I wasn't sure whether it was a good idea for a cyoa or not.

If ya'll like it, I'm gonna need a slave driver to annoy the fuck out of me to do it. Throw dead babies at me or somethin', in the name of motivation. I dunno.

I've also been musing about recruiting a couple co-authors too. One for each storyline, so it has an honestly different feel for each storyline you view. Each storyline is linear, except for the odd dialogue from watching that one too much. All the clashes between the perspectives can be roleplayed out. If I do end up getting co-authors for this, then I'll pass you a visual reference along with a short personality and relationships, and you can take it from there and do as you wish with the characters.

The visual references I'll have included in the story as an item you can access or not access at will, along with some more info about the world itself. It's a high fantasy world, with it's own races/animals/magic/technology. I have what I've written down so far about it here - https://docs.google.com/document/d/14bnmpq-jkwFefpf6DU13V229pCUSbwkqWleoebp8egc/edit

I'm a bit afraid that it's too complicated to have a coauthor write in that kind of world though. So I dunno. If you wanna volunteer, coolies. I may or may not decide to do the co-author thing.

The only way to earn them now is by being useful though.

Is there any way you can earn a commendation without being useful...?

As far as I know, you can only earn them by actually contributing. Useful forum posts, stories, reviews and critiques, ect.

Mayana was replying to steve.

There are a multitude of ways you can prove the earth isn't flat. That statement in and of itself is horrendously stupid.

And if she fits here, then you do too steve. She's more useful than you are it seems.