HI! My goal on this site is to at one point have read and rated 100% of the storygames here. As far as I can tell this will be a long and harrowing journey through the depths of this site. Wish me luck! Feel free to duel or message me. I'm almost always checking the site.

Hall of badges: From this point onwards my profile contains all of the badges I have come across in my readings. At least all of the ones I didn't forget to grab. Trophies will be down there too I believe.

I'm not sure if this was supposed to be a badge or not but I'm including it as one until I'm told it isn't. 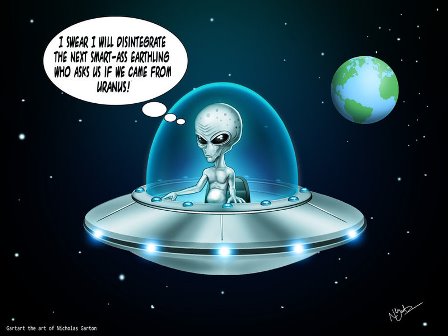 The wolves of the sea

You are a young man from Norway at the end of the Viking age. What will you do?

Climbing The Mountain of Sin
unpublished

For the next contest

For when things dont go as planned
unpublished

This is strictly for bodystealing purposes. If I enter a contest and ever have to grind out a pile of shit in less than a day I can use this.

Wolves of the sea remastered
unpublished

You are a young man from Norway near the end of the Viking age. What will you do?

Now with religious choices, side characters, and more detailed pathways!

This is an updated version of the story I submitted for Endmaster's Prompt Contest.

Well I guess I was right. He was indeed a retard.

> Seriously, the advanced editor can't do anything. Why are there all of these warnings on the site about something that has less functionality than Scratch? People go into it expecting some cool pseudo programming language that will let them make whatever storygame they want, and then are disappointed that it can't even handle strings or math operators beyond + - * /. Can't even create a makeshift system for storing strings because the thing is so damn simple that there's no possible way.<

To prove that I really don't care about this and am just continuing because it amuses me, I will speak in pirate.

This here been me point. Instead o' askin' fer 'elp, ye immediately went blubberin' on about 'ow the program been too simple fer yer uses. That there been what made ye foolish an' stupid, 'ense ye was called retarded.

Note: The term retarded is increasingly considered offensive. The use of intellectually disabled is now preferred over retarded in medical, educational, and regulatory contexts, as well as in general use.

"personal criteria" has nothing to do with it.

Evidence that could disprove that you are retarded: You use language that, according to a commonly retarded person such as myself, might be too complex to use correctly. Perhaps you are just a fellow Sesquipedalian.

Evidence saying you are retarded: I'm not the only one to call you retarded, You cannot figure out how to do something that other people have accomplished on this site so you went to the forums to complain instead of simply asking for help, therefore being both stupid and foolish.

Evidence that leads me to think you are a furry: Your username. I know it could just be a username but IDRC.

I would also like to thank you for teaching me a new word. Pedant.

I was indeed agreeing with you. I was pointing out that he was calling you retarded, and by doing so he was not trying to create or continue an argument. You are also correct that my "fact" did not have enough proof to be called such. I should have stated it as a theory. I would apologize, but as I theorize that you are retarded, combined with the likelihood of you being a furry, I doubt it would do anything.

"you're just retarded" is an observed fact. Therefore it is not an argument or insult.

I can legally drink alcohol as of a few days ago.

I guess I'm installing Grammarly then.

Due to work, I haven't been able to write anything yet. I have the basic idea down, and am currently in the research phase.

They were such dark times. It was right after the Great Stay Home. Strongly worded letters flew left and right.