I like making games of any format and game books happens to be one of them. I prefer mystery and detective dramas where you find clues, interrogate people, and solve the case by putting the pieces together. 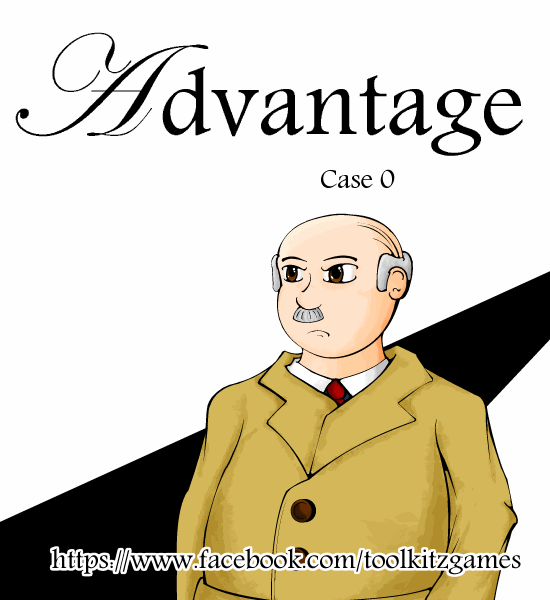 Detective game where an auctioneer loses a figurine and calls his detective friend to find it. Split up into two chapters.

Investigation chapter: Investigate the auction house for clues, interrogate suspects, and inquire from those present.

Confrontation chapter: Solve the case by using the knowledge and evidence found during your investigation.

Enter a world where a mad scientist has taken animals and morphed them into hybrids. Help the professor to locate and examine these creatures, maybe even battle them.

I could choose powers that will benefit the human race, or superpowers that can foresee tragedies and warn people of them, or have powers that could dominate everyone by turning them into some kind of lawn gnome.

Or I can have the power to make a pizza appear from my hands whenever I want.

Yeah, the choice is obvious.

Good call on most of that. I'll admit it: I did overeact when I made this overly long yet poorly made essay. It's not that bad here even if my dad has that attitude of his so I was in my haste. To be honest, I should've talked to my dad about my dreams more, even if he wouldn't know a thing about video games and probably have my words slip off of him like teflon.

So I'll agree with you. There are some things that were farfetched in my head but not that bad and actually my fault. I'll try to make the best of it and improve myself.

Also, as for my previous job, I actually did have time to call my manager, but I wanted to do it proper. I would've liked to at least give them a week instead of walking out on the next day.

Thanks for all the wonderful things you guys have responded with. I'm surprised just how many people have dreams they aspire to reach just like me.

Well, as much as I made a big stink about it, I didn't go to LA. My brother got pissed when I told him and I was going to tell him that I was going to make it on my own even without his help. Well... I froze. Turns out my confidence isn't at a point where I can talk back to people. If I can't talk confidently to my bro, then I don't have the stuff yet to make it on my own.

So I'm still in Charlotte. My dad, to my surprise, wasn't angry (at least by his definition), actually gave me a choice of not going to school (albeit he's cutting my pay to $50) and things are getting a bit more mellow. Still, I want to go back to LA and I'm going to do anything I can to make this game I'm working on succeed, including buying advertisement. I feel like my dreams can be reached, I just need to devote all my free time to it.

My life has changed a week ago.

My dad, after 5 years of not seeing him, arrived in Los Angeles, CA all the way from Charlotte, NC. He proposed to me the prospect of coming with him to help out on his business, make $300 a week, and support my dream of becoming a game designer. I agreed. One week later, I'm leaving and coming back to LA.

Let us get into a bit of detail:

Before my dad came back, I had a job at a Quiznos, a sandwich shop, that only gave me 10 hours of work if they had it. I was lucky to get $100 every two weeks. I lived in an apartment that had a million cockroaches, I couldn't afford anything unless I pay for it through credit card, and I put up with all that. The reason why is because I have a dream of becoming a game creator. I want to make a game that people will love and make money from it to make the next great game, with each passing game becoming more and more brilliant than the last. I put up with all that for my dreams.

My dad comes in, I tell him about my dreams, and he said he was all for it but I needed help and I should come with him to "change". I put that in quotations because he was very vague with what he meant but I figured that I was going to change. He was going to pay me to help him in his business, a trucking company where you haul products across states. It sounded good so I said yes and we started on our cross-country trip from California to North Carolina.

That's when it happened.

My dad has this tone of voice that sounds like he's angry most of the time. He's not angry, or so he says, but he has this strong, angry tone that sounds like he is. But of course that comes from somewhere. Well apparently we stopped to get something to eat and all I asked was for a fork and he gets angry. He asks me to give him a slice of pizza while he's driving and I hand him a slice on a plate. He gets angry that I gave him a plate with the pizza instead of just the pizza. He wanted me to pump gas, something I never really done before as I don't drive a car, and to fill it up to $40. Whether he told me or not, I was suppose to push the thing on the nozzle that adds fuel but I didn't know this so it just stops at $38.00 and I put it away. He get's angry. He asks me to order something from Denny's for both of us but I accidentally only ordered for one. I caught this and was about to ask the cashier for another order and my dad walks in on that moment. He says that it was fine, he wasn't that hungry. Hours later, he gets angry about it.

And it's just not me thought. He once pumped $39.00 worth of gas but paid $40. He asks me to get the remaining dollar and I do. The cashier says that since he paid with debit, it's automatically returned. My dad barges in and demands the $1 in person in his furious tone of voice.

That's my real problem with him. It's not the job of working with trucks, I can do that. It's not that he wants me to learn how to drive, I can do that (yeah, I don't know how to drive, specifically, the actual rules). I can even go to some electrician school that he wants me to go to, no problem. However, it's his anger. I'm sure he doesn't seem to notice but he sounds really angry almost all the time. I called him out on it but he simply said that he wasn't angry.

But this is not the reason why I'm going back. Like I said, I was living for my dream. I have a game I'm making right now and I'm suffering for it. Hunger, cold, my low hours and pay, living with my mom and brother rent free. I was putting up with all this because I have a dream and I know that if that dream comes true, then I can take care of my loved ones. I can rise in this world that is making me suffer. I can do it! I know I can! I didn't really told all this with my dad but I did told him my dream. Well he went from being somewhat interested, to completely forgetting about it. He wants me to work on his job all day long, go to school all night long, sleep, and repeat until... I go crazy I guess.

There is no room for my dream in my dad's plans.

Well that's it. I'm leaving Charlotte and returning to Los Angeles. He gave me an ultimatum: go back to being a bum in Los Angeles or have opportunity in Charlotte. I choose being a bum. I have security here in Charlotte, food in the fridge, I live rent free with good pay. Yet, I choose to go back to LA to no job because my dad not only made me quit but get up and leave it without a word to my manager, and perhaps no home. I don't know if my brother will take me back. Still, I choose suffering over security because I have a dream and if my dad does not have room for my dream in his plans, then I'll go back to my suffering.

Perhaps you are shaking your head, saying "How can you do this? Are you stupid? You have a job and a home RENT FREE and your giving it up?" Yes. I am. No security is worth giving up for what I believe is my life calling.

I'm typing this in my dad's home at night, but tomorrow morning, I'm telling him I'm going back to Los Angeles. His ultimatum offered me a free one way trip to Los Angeles but we'll see if that was a lie or not. If it was, then I'm walking 6 hours to the airport.

I guess I'll throw the gauntlets at you guys, what would you guys choose? Live in security with all the perks of a successful business under the management of a person who wants to throw away your dreams for his designs, or give it all up to pursue what you believe is your life calling?

I am not playing this game and my current circumstances won't allow me to play it, but I saw Markiplier play it and it really got my attention. Why did he stop playing the game? It's so good.

I'm kinda surprised you specifically said "adult" in the example of the second paragraph. Any reason why the young people have to be left out? I mean, is free speech only for adults? The way you mentioned that, it seems like you want free speech for all adults, but they young people are allowed to be censored or misled.

There were these sweets from Germany an old manager once gave me and I've been dying to try them again. Why did I forgot their name? They were like wafers that tasted creamy. I would love to try those again.

UPDATE:
And what do you know, I found it on eBay! I just typed German Waffers and I found what I was looking for: Knoppers!

Congrats on your milestone.

Sounds great. I loved the previous ones you madea and wish to see more of these. Wish I could find the old ones though.