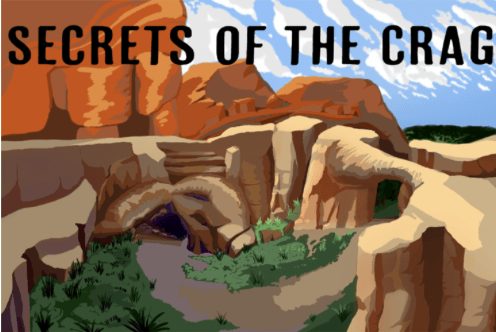 The Sea of Legends

An unexpected supernatural disaster leaves you and your your younger cousins adrift in a strange sea full of mythical creatures and beings. Can you and your cousins escape, or will you succumb to the deadly sea?

Currently, this is a short cave-of-time style game with three victory endings. It is complete in its current form, consisting of the first of many planned "episodes" for the game.  It will eventually be expanded into an episodic gauntlet-style game.

Your score indicates which ending you reached.  0 for a death ending, and a score of 1, 2, or 3 corresponds to one the game's victory endings.

The best way would probably just to use if/then like Ugilick said. As in:

This is a lot of code for what you want, so you may prefer to use some different system. Or just put it in the global script. Alternatively, others may know a faster way of doing it.

Props to Cel for spreading CYStian edicts to the land!

Thanks everyone for the suggestions!

Zake: Weird, I'm not sure why the text looks like that for you. On my screen it's showing up as regular text. What browser are you using?

Ogre: Thanks, I'll try that.

Elad: Thanks, I'll try that too.

Bradin: Thanks, I'll use the inspect tool for troubleshooting.

This is probably a thread I'll be updating periodically, as I'm sure to have more than one question relevant to this subject.

1) I've recently learned HTML and CSS, and am now learning javascript, and testing how CSS works in the editor (only just disabled the white box text editor). I could get the text to turn blue using style="color:blue" inside the

opening tag, but when I tried to define a class with the following code, it didn't work:

I copy pasted the code into an HTML/CSS/javascript testing site and it worked the way it was supposed to, so I suspect this is a CYS-specific issue. Does CYS not let you define classes? Is there something else I'm doing wrong?

2) Also, are there any general resources for using CSS and javascript on CYS? I checked the articles but didn't find anything other than Peng's article on HTML. Does CYS allow for the use of functions, objects, etc., or is the use of CSS and javascript limited to affecting the text as it appears?

This thread will probably be updated with more questions as I learn more javascript.

Oh hey, thanks for your response! Only just saw it. Published now

Here's some general advice on crafting a schedule to suit your writing style:

1) Don't be too ambitious. I agree with Ninja that three hours is a lot, particularly since you've never done a schedule before, so that is going to put you at a strong risk of burnout. My goal for the past three weeks has been 100 words daily, which is very low, but it's working out to an average of 844 daily, since the hard part is just getting started. So I strongly recommend under-setting your goal rather than over-setting it. The usual recommended starter's amount is 15 minutes, or 100 words if you're doing a word-count based goal.

2) Have a backup plan. If you're not meeting your goal, pick a smaller goal rather than giving up on it altogether.

3) Some people do better with time-based schedules, others prefer word-count-based ones. If you find yourself having difficulty committing to a set chunk of time, you might want to switch to a word count goal. Experiment with both and see what works best for you.

4) Know your writing moods. Do you have a specific time of day you write best during? Do you like to eat before or after eating/sleeping/exercising? Do you need to get your writing done before doing work/homework, or can you not focus on writing until you get other tasks done?

5) Count writing only. Brainstorming, editing, and researching is fun, but I recommend against counting it towards your daily writing goals. Too much brainstorming/researching/editing without writing to match it can suffocate your work.

7) Keep track of your progress. Have a document where you write down how much time/how many words you do every day. Watching your progress accumulate is a big motivator.

I do still think there should be some scripting available for free, particularly because broke children are usually the ones with the time and dedication to make heavy scripting games. It would be very cool to get some more features on the editor, but I can see where this would be particularly difficult to fund since there's no way to know how profitable it would be until it was done.

Hmm. Not sure I like the idea of charging for the advanced editor. There's a bunch of broke/cheap/minors (like me) who use it a lot but wouldn't want/be able to pay. There's also the problem that I don't think enough CYStians actually use the advanced editor to fund that kind of initiative.

Updates would be nice though. I'd love to be able to build functions in the editor.

Thanks for letting me know! Should be fixed now.

So a while ago I started working on a project that I intended to have follow the lifetime of a protagonist, while still allowing the player lots of options to choose from in terms of class and how your life played out. Unsurprisingly, this didn't happen--I realized after I'd finished level one that this was going to take a really, really, long time to do, and frankly, just wasn't worth the effort. So I wrote secrets of the crag instead.

I did finish level one, however, and I realized recently that with a few edits, it could easily be turned into a "which RPG class are you?" quiz. I've made the edits, and am now looking for feedback as to how this game works as a quiz instead of a "chapter one" type thing.

I know CYStians typically shun and mock quizzes as low-effort, but I'm hoping that since this quiz plays like a normal storygame, this issue might be avoided.

I'd greatly appreciate it if a few people could give it a playthrough and tell me what they think!