'ello! I am Zake. Welcome to my profile.
Writing is fun, hard, and interesting.
Feel free to message me.

Some sites that may be worth reading, especially the first:


P.S. Profile picture appears to be a shrunk version of this artwork, by Deviantart MenasLG. I think someone else resized it, because I doubt I would've known how to when I first found it on google (but I can't seem to find it anymore, so maybe it was I who resized it).

Hi on 6/9/2020 9:03:13 AM
Sorry, I was just trying to follow your lead as set by the 'Hi', which I only now realise is actually a unique greeting loaded with endless cultural significance. Initially, the theme must've just narrowly escaped my notice. On a more serious note, I can't top Avery's response. It is truly shameful, I know, but that shame is fitting for one who lives in a country that lost a war to emus.
Hi on 6/9/2020 12:47:55 AM
'ello!
Storygame lengths :] on 5/8/2020 11:17:08 PM
Mizal answered the question, so I won't repeat the answer. I will instead add that publishing in chapters is discouraged here, rather than being the expected, as it is on some linear writing sites. Having multiple parts for a story can be done (where each part can work as its own storygame), but generally, if you can have the whole thing be in one longer story, as opposed to a bunch of shorter ones, then that is the way to go. You should also only publish finished works as well. No demos, and don't publish 'for feedback'. There is a sneak preview feature that can let people read unfinished storygames, which is how you get feedback (if you want it). The Writing Workshop is a good place to share such sneak preview stories. Also, back to chapters for a second, on this site, chapters are an editor feature that helps with keeping track of pages. Readers never see them, so they're only for organisational purposes. Figured I'd mention this in case you haven't messed around with the editor yet.
What browser do you use? on 5/7/2020 11:40:38 PM
This is why I stick to default text/background. People can change it themselves should they want something better. However, it is not like I published a storygame yet or anything, lol. Anyway, I use Chrome, but I'm pretty sure it is not a good browser. The smooth lines for the tab corners do look nice tho.
Flowchart for Eternal by EndMaster on 5/3/2020 11:43:54 PM
Uploading images is mostly done for profile pictures. Anyway, seeing this for a large story is pretty cool. Thanks for sharing! We can now also analyse the choice distribution to make stories like Endmaster, aha.
what can I add to my story? on 4/30/2020 6:04:16 AM

If you can see a storygame on someone's profile, it is on sneak peak. Note that some special characters need to be substituted in when trying to get to the game. In this case, the link is: http://chooseyourstory.com/story/A%20camping%20trip~21%20(gone%20wrong) because the exclamation point is a special character.

This is why it is nice when people give you the link, so you don't have to make it yourself.

Alternatively, last I checked, the site extension will replace the title for sneak preview stories with their links, so that you can just click them as normal.

Poor DotA 2 devs, despite having a really popular publisher, it never stopped their game from just being a simple hidden gem.

Jokes aside, calling League's system a paywall seems a bit odd to me, since you can also grind for the characters. Although, I guess it is still a paywall from one perspective, since you do still pay (regardless of if it is the in-game or premium currency).

However, by that token, DotA 2 has in-game purchases that give you an advantage: items. Sure, you spend in-in-game currency (gold) to buy them, but that is still a purchase.

Also, if anyone here ever wins some of that esports money, I'd be very interested in knowing. This is because that part of your pitch reminds me of a relative who was like: "Hey, you play games, what games do you play?"

"Well... DotA 2 has millions of dollars in eSports prizes!"

Other than that, I heard that DotA 2 was losing players, or dying, or whatever. Granted, all multiplayer games are always said to be dying by someone, so I was curious on your thoughts regarding it, as you'd def know more than me.

I can certainly imagine that being so complicated, if the matchmaking isn't putting newbs with other newbs, they might get discouraged rather easily. However, I do remember DotA 2 and LoL being the big two, and both having a shit-ton of players. I am seeing LoL ads a lot more than DotA 2 ads tho (heck, haven't seen any DotA 2 ads for ages).

You know, I don't remember where I was going with all this.

Duelyst!? It is interesting to see a card game with a board, and the cards generally had a high power feel to them. The replace mechanic where you take a card from your hand, and swap it with a random card from your deck, up to once per turn, is also something that felt great. The pixel art is nice too. Anyway, the game is no longer supported: no servers and you can't download it anymore. That must make it a hidden gem!

Pfft, those 1000 words were easy, since I was already in a writing mood before I pivoted to make them. The actual agonizing part was putting a storygame on hold to write that instead.

Which means that the real horror is that I can no longer use that thread as motivation for finishing a storygame!

Although, I suppose it isn't that bad, as it is in a place where I can technically work on it whenever, and I do want to finish up some of its sections before I begin considering to drop it.

But that doesn't matter right now. What does matter is that I'll do a storygame for this, one with a much smaller scope (which is sort of necessary with a 2000 words limit). However, the 'gimmick' I'm going for will make it take longer than one might expect. These things should thus balance out.

Edit - I've thought about it some more, and I don't think I can pull it off, not properly at least. Too ambitious, or I should say, it requires doing something that I'm not good at. If I ever get better at the particular thing, I might revisit the story. Tis a lesson in hubris, don't let a gimmick force you down a foolish path!

Edit 2 - Hmm, my new attempt has failed. Guess I'll just wait for the word requirement to get even higher, aha.

You know what, I just got a crazy idea! 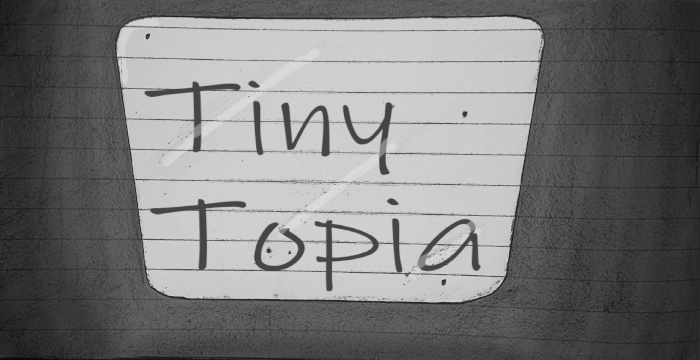 I can only hope it won't take an eternity.