I like to write. Please enjoy my stuff. Or don't. I'm not your dad.

My username sucks and I'm proud of it.

Fake It 'Till You Make It

All I had wanted was a place to live. That's it. But now, through my own lies and arrogance, I've found myself in a situation that I surely can't survive.

Everyone thinks I'm the legendary hero of some prophecy, and it's all my fault. Curse my lucky stars. Now I'm at the fortress of Dark Lord Demonix, as the captain of a party of the kingdom's greatest adventurers, and they seriously expect me to lead them to victory. My only chance at survival is to somehow infiltrate the fortress and defeat the Dark Lord.

But that's not possible for an average human like me. It can't be.

For EndMaster's Prompt Contest 3. Prompt: "This story's protagonist is a con artist running a scheme where they convince people they are the chosen hero from a renowned ancient prophesy. What started as a grab for a few quick bucks is going much better than planned, and attracting a lot of unwanted attention."

There are 25 endings. Can you find them all? 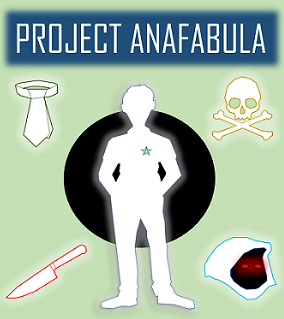 Noboru wakes up in an unfamiliar steel room, provided with one single ally and one single objective: To complete an adventure. One of his own choosing. At least, that's the idea. You will join him on his journey, and guide him through the plethora of trials and tribulations that he will encounter. Whether or not you act as a benevolent master... Well, that's up to you. Ultimately, you are the one in control. Noboru is designed to obey.

But not all are bound by design. Not all are chained to blind obedience. All I can ask is that you both fulfil your purpose as part of the Project.

Ryboi's note: Okay, so I'm not sure how this got here. This storygame was supposed to be called Dystopian Paradise, and it was about the social effects of widespread technology in a cyberpunk world. But this morning, I found this "Project Anafabula" in its place. I don't even know what anafabula means. Anyway, there's a bit on the first page telling me to publish it, so I have done. Let me know if you can figure out what this is all about.

This is not a storygame.
unpublished

There are no choices here.

Try not to take this one too seriously. I kinda just got bored after reading this one really linear storygame and decided to vent in the form of some pretentious cryptic mumbo jumbo. Pretty sure everyone feels the urge from time to time.