Hi my name is frank, I live in the Carolinas When i get older i want to be a lawyer, judge, engineer, or in the military (air force.)

Favorite song verse see if can find out.

I ain't a killer but don't push me Revenge is like the sweetest joy next to getting p**** Picture paragraphs unloaded, wise words being quoted Peeped the weakness in the rap game and sewed it Bow down, pray to God hoping that he's listening Seeing n***as coming for me, to my diamonds, when they glistening Now pay attention, rest in peace father I'm a ghost in these killing fields Hail Mary catch me if I go, let's go deep inside the solitary mind of a madman who screams in the dark Evil lurks, enemies, see me flee Activate my hate, let it break, to the flame Set trip, empty out my clip, never stop to aim Some say the game is all corrupted, f***ed in this shit Stuck, n***as is lucky if we bust out this shit, plus mama told me never stop until I bust a nut Fuck the world if they can't adjust It's just as well, Hail Mary

Penitentiaries is packed with promise makers Never realize the precious time the b**** n***as is wasting Institutionalized I lived my life a product made to crumble But too hardened for a smile, we're too crazy to be humble, we balling Catch me father please, cause I'm falling, in the liquor store That's the Hennessee I hear ya calling, can I get some more? Hail 'til I reach Hell, I ain't scared Mama checking in my bedroom; I ain't there I got a head with no screws in it, what can I do One life to live but I got nothing to lose, just me and you on a one way trip to prison, selling drugs We all wrapped up in this living, life as Thugs To my homeboys in Clinton Max, doing they bid Raise hell to this real shit, and feel this When they turn out the lights, I'll be down in the dark Thuggin eternal through my heart, now Hail Mary nigga

The few, the proud, The air raider.

It's short ... I'm still working on it consider it a preview.

Years after recover from the solar wars in 2995, fossil fuels have all but vanished and the distribution of energy is unbalanced. Humanity now relies on three large-scale solar power systems controlled by three multinational power blocks: the Union, the Asian Restoration League (ARL), and the European Economic Federation (EEF). With this nearly inexhaustible source of energy benefiting only these three powers and their allies, constant warfare erupted around the globe among minor countries for precious fuels and energy. Countries whose economy relied solely on the sale of fossil fuels were plunged into poverty resulting in the twenty year-long Fossil Wars. Such a chaotic reality has lead to the creation of a paramilitary organization in possession of many highly advanced humanoid mobile suits called Gundams and a mysterious technology known as the X Drive. They call themselves Peace bringers, and their goal is nothing less than the complete eradication of war through through brutal armed intervention. You are one of many Gundam Meisters that have been approved to pilot on of these great machines in the long effort to bring the Peace Bringers goals into fruition.

THIS STORY IS BASICALLY MY VERSION OF GUNDAM. The gundam franchise is owned by some one else. The pictures i used are own by their creators. The only thing i own are my characters.

Hi everyone i heard about this from my friends and their also a rugrats one which ruined the show for me but I'll get to that later. The pokemon theory is that when Ash first met pikachu and pikachu zapped him and he slipped into a coma that is why he never appears to age what so ever.

I just want to here your thought on this had nothing better to do.

My avatars mostly focus on giant mecha. Such as gundam and fan made.

Then there's my current avatar

randomly found it try a few of skills game liked after a while made an account.

should play skyrim, call of duty, Battle field 3 these are games i recommend

I'm good with fight scenes i help with that. also this is what Ace power suit look like. In a way. All he has to do is press a button and it appears on him. Just ignore ichigo. 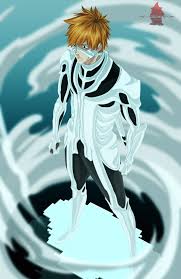 Of course you only have a little bit of hair on your forehead.

Nasty, but i'm a boy so i'm hopping to get a beard.

it is then where will you be. More important where will i be in the future.

Wow i love the south.