I'm an anime addict from England and that's pretty much all there is to it.

(As long as it's constructive criticism)


*Update*
Normally, when people comment with suggested improvements, I make the adjustments and either comment or write in the description to let them know that I've done it.
At the moment, I am in the process of making a Fantasy/Horror game called 'Adevar; Elana'
This will be an advanced game, and I'm working really hard to make it the best so far, so I won't be improving my other games until it's published.
After it's published, I'm going to fix a few bugs, add a little more to the back stories and add a few side quests to 1 Day now that I have a better grasp of the advanced editor.
After I've finished with the improvements to 1 Day, I plan to give my first game Valhalla a complete overhaul.
I'm thinking about adding a few new endings, a new character or two, and fleshing it out a bit in general.
I'm also considering making Valhalla an advanced game, to add a wider variety of features and hopefully pull the score up to a six/seven.

Valhalla is a story where you are the main character, as you search for the way back to the land of the living through the land of Valhalla, guided by a girl named 'Val', but be wary, Val is more than meets the eye.
(This is my first story, it's not perfect)   ^_^ 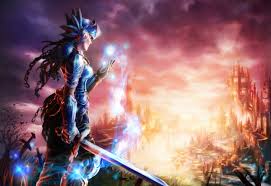 You have one day left. What would you do?

-Only my second game, so it's not perfect, but enjoy anyway.
-*Search the base for items to get the best results.

In a world of darkness, will you choose the light?
Noapte de libertate is in seven nights, on the eve of the blood moon.
Choose your path wisely.
Where will it take you?

You have seven days to discover the mystery of your character and 'Noapte de libertate'.
Interact with items and people to solve the mystery.
Play as the daughter of Dracula.
If there's enough demand, I have a story planned for the son of Dracula.
~Enjoy! 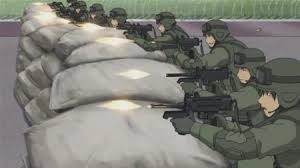 Ideas For My Next Game
unpublished

Just a few previews of possible games I might make. Pick your favourite in the comments! Thanks :)

Who Am I? (A Hokuto No Ken (Fist Of The North Star) Fanfic)
unpublished

If you have not finished playing the game or watching both of the two series', then *Spoiler Alert*

This game takes place after Kaioh had pushed a pressure point that caused Lin to be unconscious and fall in love with the first person she sees upon opening her eyes.
You play as Lin, whilst she is unconscious, stumbling blindly through a dream world of her own making, as she fights to remember her friends and allies. However, this is a choose your own story, so there are more endings than the one the series gives, and all that remains is to ask... which will you get? 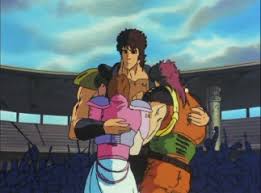 A quick quiz on the World Wrestling Federation.

Sound's like Area 88.  Mickey's the American. Shin's the Japanese guy and main character and I think the other one's Greg ^_^

There's a whole load based on games etc. Have you tried 'Area 88' 'Fatal Fury' or 'Hokuto No Ken'? They might not be your style, but they're awesome ^_^ 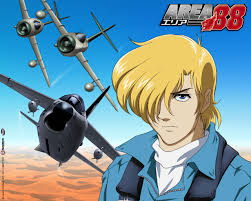 I totally agree with gay marriage. I also think it's fine for people to say they don't agree with it because of their religion. If that's what you believe, then fine. I don't like it, however, when people say that it shouldn't be allowed to happen because they believe it is wrong.
Just because gay people are able to marry doesn't change anyone else's life. Live and let live. 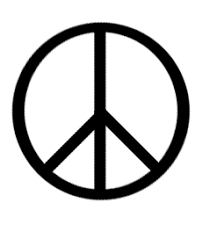 Thanks, I've been trying to fix that for a while ^_^

Are you wearing space pants? 'Cause your ass is outta this world!

Are you wearing china pants? 'Cause your ass is fine.

How much does a polar bear weigh? Enough to break the ice.

"Sorry for painting your face red."

"Sorry for painting your face blue."

Come with me if you want to live.

(Corny as hell, but y'know)

Mine's the anime I used for a character in my first (and only current) story.

I posted this link previously in the games section, but I was told it would be better to post it here, so here it is!

It's basically some previews of games I might make. Please reply and tell me your favourite and whichever has the most votes will get written.

I made a game called "Ideas for my next story" so people could read previews and tell me what they thought, I've had a lot of comments telling me I should post it on forums instead of games, but I don't know how or if it's even possible.